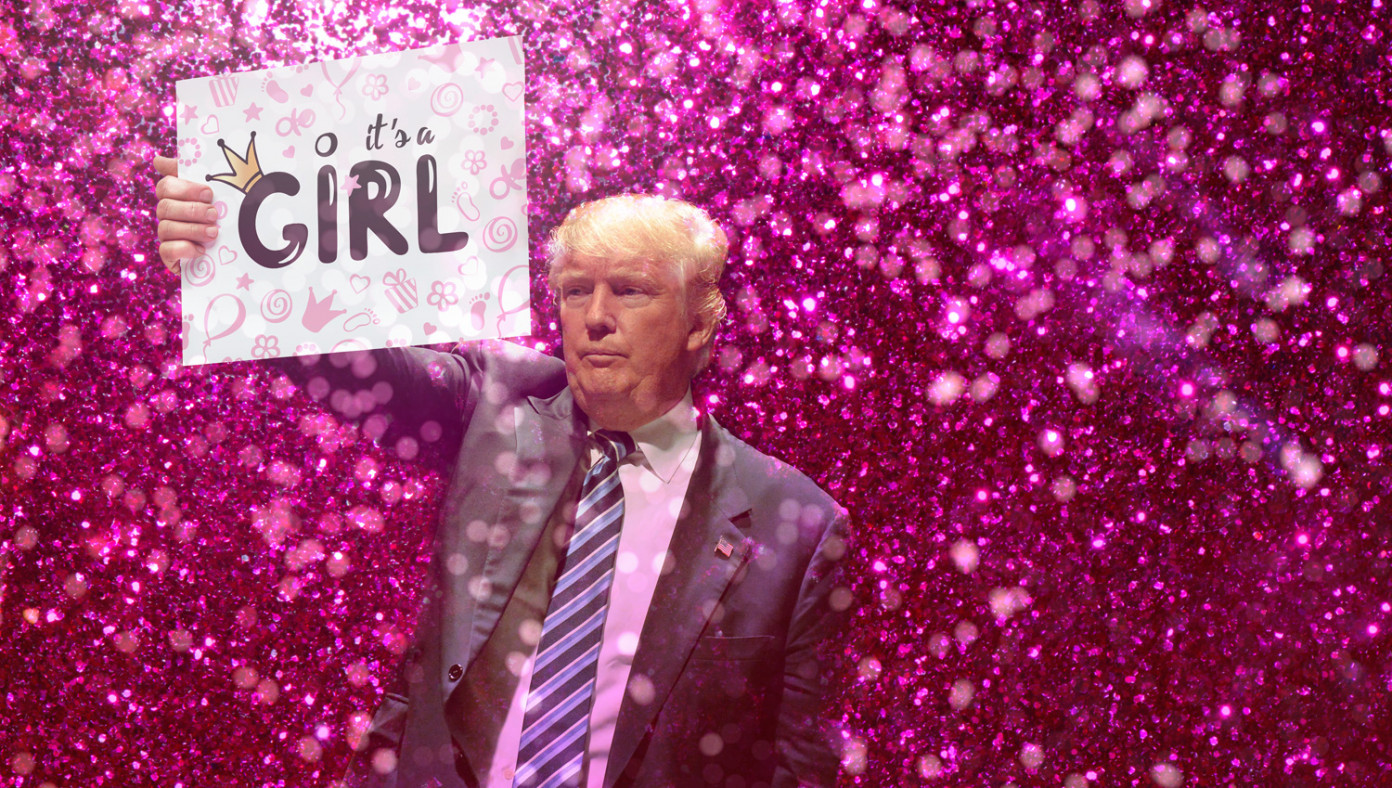 WASHINGTON, D.C.—It was a festive occasion, as gender reveals often are, and a crowd brimming with excitement gathered outside the White House to find out from President Trump what gender the nominee for Supreme Court Justice would be.

However, some unhappy citizens gathered in the crowd only to protest how primitive and cis-heteronormative a gender reveal party for a Supreme Court Justice is.

“This is so backwards,” yelled local non-binary furry queen-king Yoox Bellavix. “The nominee hasn’t even been questioned by the Senate to determine what gender they identify with! Gender is not the same as biological sex! We need hearings now!”

Trump suddenly appeared on the White House lawn and greeted all the gathered crowd with a wide beaming smile like that of an expectant father. “Thank you, ladies and gentlemen and Democrats and Fake News media! I am very happy, so very happy, I don't even remember the last time I was this happy, to announce the gender of our nominee to fill the seat!” he said.

The crowd erupted in joyous applause as the Secret Service rolled out a giant wheeled cannon similar to a civil war artillery piece and pulled the trigger to send an enormous cloud of pink glitter into the air.

“Of course it’s a girl! It’s a girl!” Trump said as he made an hourglass curve gesture with his hands. “Tremendous. Thank you very much!”

Ventriloquist Takes Act To Next Level Thanks To COVID Mask
31