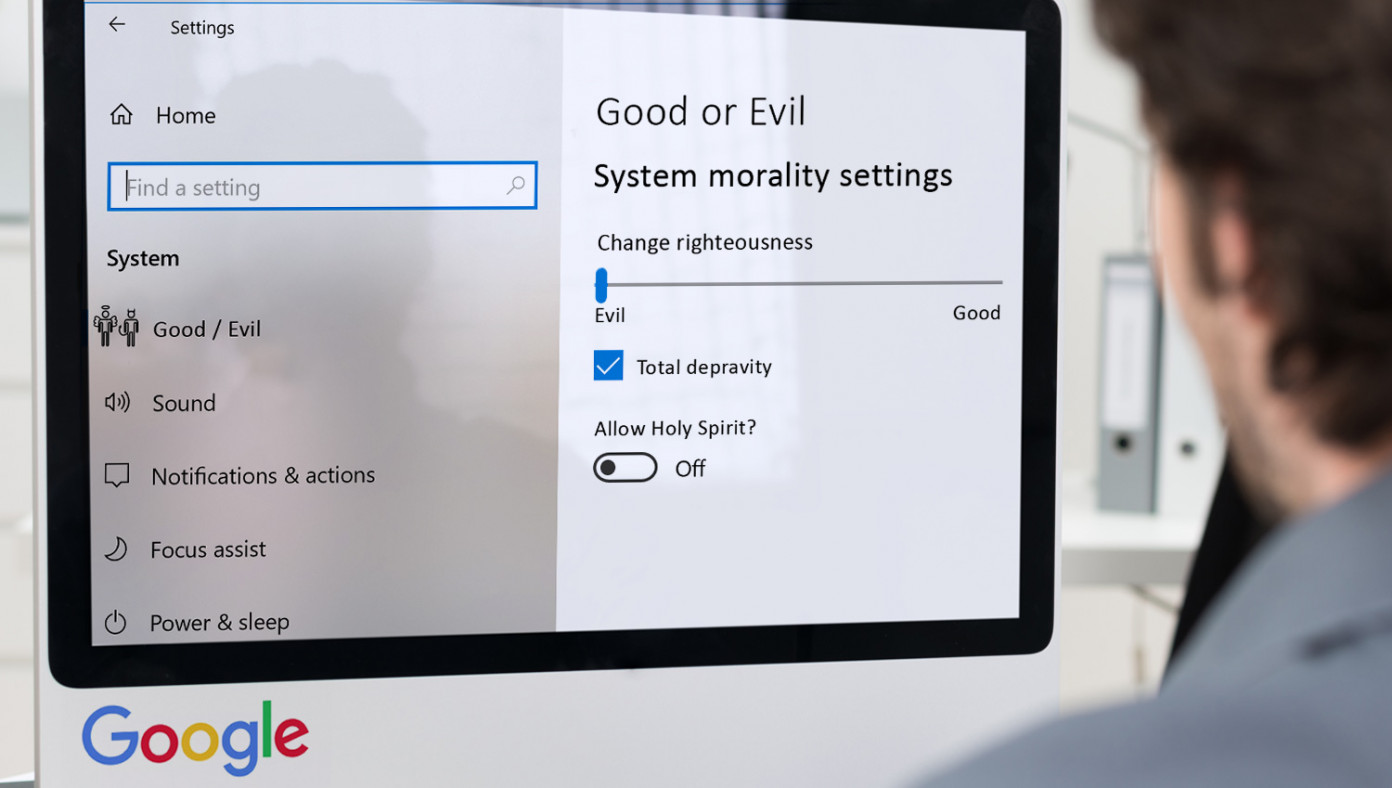 MOUNTAIN VIEW, CA —After a slew of controversies surrounding Google's desire to censor videos on YouTube and impact election results, IT director Floyd Parker was tasked with figuring out what had gone wrong at the multi-jillion dollar company.

"Oop! There it is!" Parker exclaimed as he opened the Windows settings on one of the employee's computers. "You've got your computer's morality setting turned all the way over to completely evil." Parker showed the employee how to move the slider the other direction, closer to good.

But Parker soon discovered that all of the computers at Google had been set to fully evil. "Hoo boy! I've really got my work cut out for me today," he said.

However, as soon as Parker began changing the morality settings on Google's machines, they began overheating and soon the tech giant's massive facility lost power. "That's weird. Apparently, the system here was never designed to handle high levels of goodness," Parker said while scratching his head. "Looks like I've got plenty to do today."

Parker was let go later that day. Google could not be reached for a statement.

Babylon Bee subscriber Brent Powell contributed to this report. If you want to get involved with the staff writers at The Babylon Bee, check out our membership options here!

Red Alert: Trump Just Punched The Konami Code Into His Phone To Grant Himself Infinite Terms
Next Article