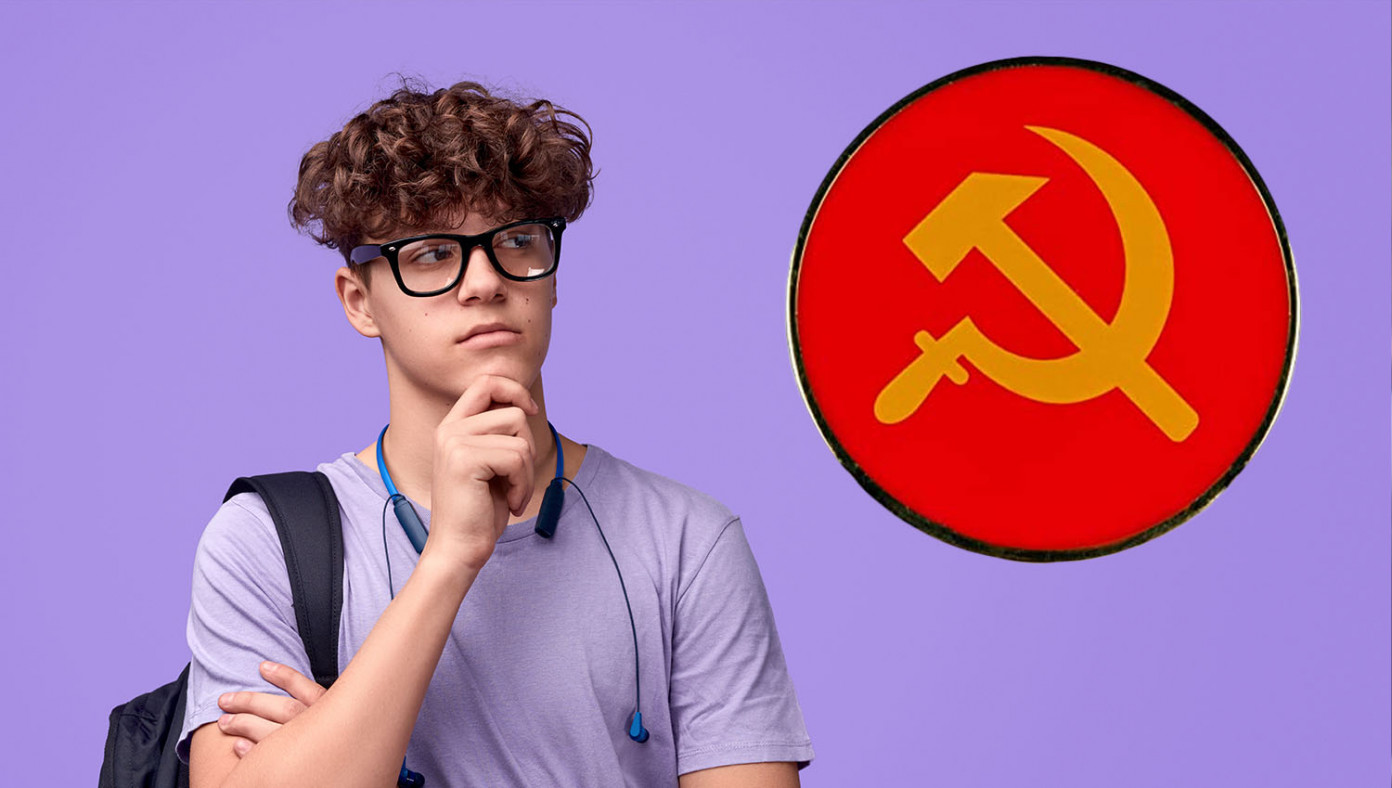 BOULDER, CO—According to sources, local high-school senior and avowed radical communist Kazden McChitterly is "a bit unsettled" after discovering the hammer and sickle from the insignia he proudly wears on his t-shirts and knit hats represents hard physical labor.

"Wait-- that's an actual hammer? Like the kind you swing?" said McChitterly nervously. "Like-- you have to use it while doing really difficult work? I don't know about this."

Witnesses say he grew even more uncomfortable when he found out about the sickle. "I thought it was just a weapon used to gloriously cut down our capitalist foes!" he exclaimed after discovering it was actually used to gather grain for the government during 20-hour workdays in the bitter cold.

"I'm not sure about this communism thing anymore," he said. "Sounds kinda hard."

He relaxed, however, after his history teacher explained that "democratic communism" hasn't yet been tried and is way better than the old communism that involved a lot of work and starvation.