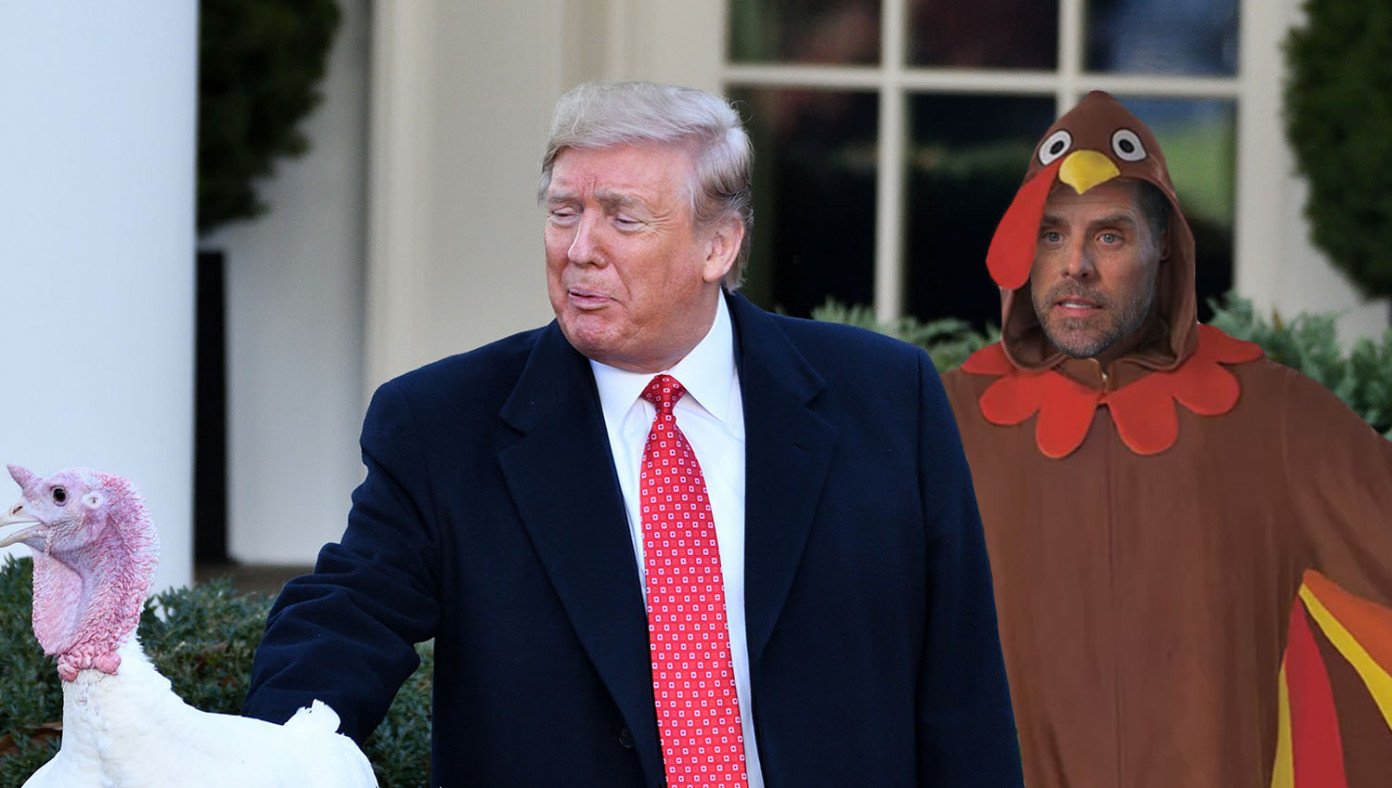 WASHINGTON, DC—With Thanksgiving approaching, there is wide speculation as to whether President Trump will conduct a Turkey pardoning ceremony this year. In a last-ditch effort to clear his name, Hunter Biden made a rare appearance at the White House wearing a turkey costume in hopes that Trump would pardon him.

President Trump agreed to pardon the unusually large and vocal turkey. "I am a wise and benevolent President. So true. Very wise, very benevolent," he said. "Go your way and be forgiven, little turkey."

"Gee! Thanks, Mr. Trump!" said Hunter. He then boarded a private jet just in time for another week-long bender in Beijing.

To Avoid Thanksgiving Restrictions, Family Having Several Clumps Of Cells Over Instead