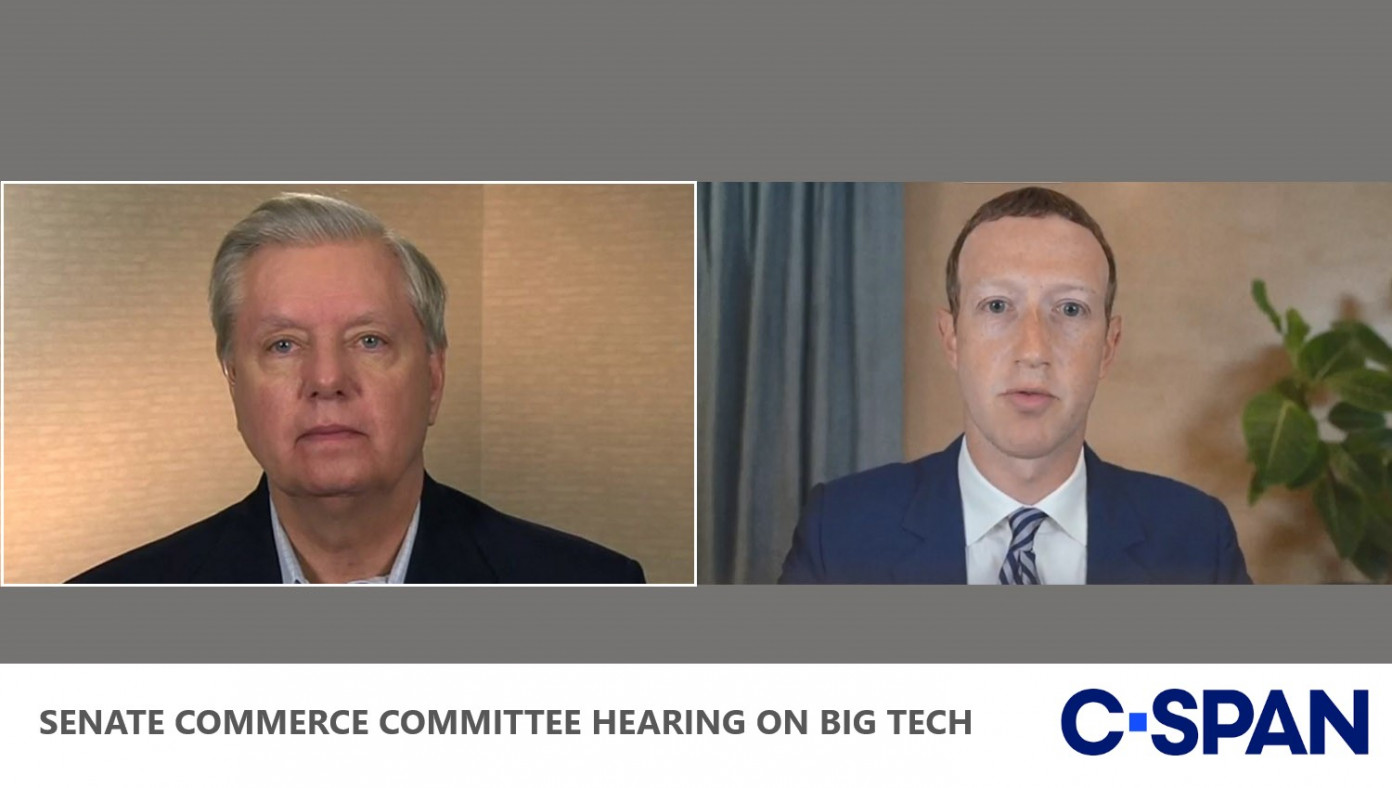 WASHINGTON, D.C.—After a group of furious Republican senators initiated a teleconference hearing with Big Tech CEOs to grill them over censorship, Lindsey Graham took Mark Zuckerberg to task over his apparently partisan distribution of birthday wishes. According to sources, Mark Zuckerberg has never written a word on Senator Lindsey Graham's wall on his birthday.

"I have a question for you, Mr. Fancy-Pants Zuckerberg," said Senator Graham as he began his questioning. "How come, in the many years since I've been on Facebook, you have never once wished me 'Happy Birthday' on my Facebook wall? Is it because I'm conservative? Is it because you don't like me?"

Zuckerberg shifted uncomfortably in his chair -- not because of the questioning, but because he's Mark Zuckerberg. "Umm, uh, Senator I don't think," said Zuckerberg, trying his best to imitate the speech patterns common to humanoids, "I don't think we're friends on Facebook. If you aren't friends with someone, you can't-"

"I'm asking the questions here, Mister! You tryin' to sass me?" Graham bellowed.

Zuckerberg stared blankly at the screen and slowly nibbled on a piece of white bread which he had been told was a food common to American homo sapiens.

"I'm not messing around here, buddy! Did you not accept my friend request because I'm conservative? You'd better give me an answer before I march your little butt right over here to Washington and give you a piece of my mind!"

After enduring further questioning from Senators, the CEOs went back to their favorite afternoon pastime of meddling in the election.