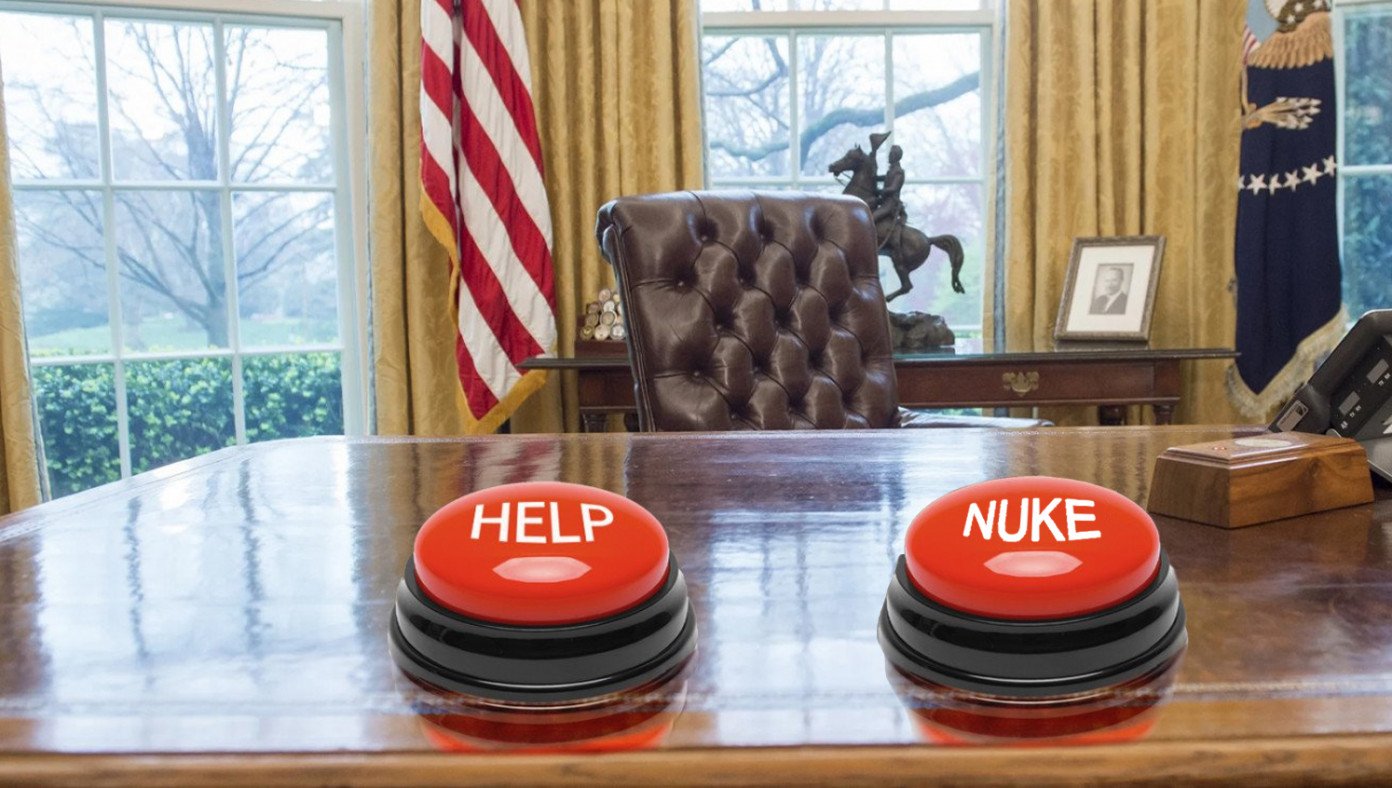 WASHINGTON, D.C.—White House staff are becoming increasingly concerned about a potentially dangerous situation. As always, the president has sole authority to launch nuclear weapons. President Biden requested that he be given a button that he wears at all times for that. The problem is that the White House also has several Life Alert buttons to alert people when Biden's fallen or had another old person-type calamity, and those buttons look exactly the same.

“I just have this feeling in the pit of my stomach that we are headed toward a bad situation here,” said a White House aide who asked to remain anonymous. "There have been a few close calls already."

Biden's Life Alert button is big and red and says "HELP" on it, and the nuclear launch button is big and red and says "NUKE" on it, a design decision the Biden administration is now regretting. He also has a personal Life Alert button he wears around his neck, but for convenience's sake, he has a nuclear launch button around his neck as well, and it says "Launch Alert" on it, which officials are now admitting was a bad naming choice. And since Biden is constantly getting lost wandering around the White House looking for ice cream, falling down, and calling for help, many are wondering how this could possibly end well.

Sad: This Teacher Wants To Indoctrinate Her Students With CRT But Then She'd Actually Have To Go Back To Work
Next Article

Study: Door-To-Door Vaccine Monitor #1 Career Choice For Kids Who Got Beat Up In High School