ROLLINSFORD, NH—Stressing that he is literally the only one who doesn’t seem to notice, sources confirmed Wednesday that it is glaringly obvious that obscure Christian blogger Dale Fuller would instantly and joyfully sell his own soul in exchange for internet fame.

The largely unknown proprietor of the Faithfully Fuller weblog showcases his desperation for internet notoriety with a plethora of conspicuous regular practices, such as wildly overstating his readership and influence, engaging hot topics using laughable clickbait headlines, describing himself as a “speaker” in his bio, having never delivered a speaking engagement in his life, and following thousands of people on every social media channel in existence with the fervent hope that they will follow him back and notice one of the dozen or so times he shares the link to each new post he pens, leaving little doubt that, if given the opportunity, he would not hesitate for one second to trade his eternal soul for even B-level celebrity status on the Christian internet.

Sources noted that Fuller also employs guerrilla tactics such as spamming comment sections with his links, eagerly flip-flopping on essential theological topics to cater to whichever audience he is currently trying to infiltrate, and emailing influential Christian bloggers to “encourage them,” while not inconspicuously highlighting the fact that he, too, has a blog, just in case they want to check it out, and right here is the link.

When reached for comment, Fuller highlighted the importance of his “labor for the Lord,” stressing that it is “not about [Fuller’s] fame, it’s about Jesus’s fame,” and earnestly begged us to visit his website, and to “please feel free to leave a comment.” 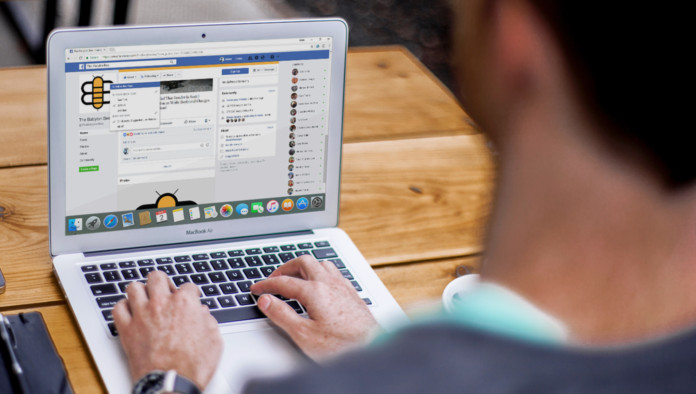