Instead Of Pagan Atheist Board Games, Try These Exciting Godly Alternatives
Sponsored · May 4, 2022

Are you a Christian who enjoys playing board games with friends and family, but are tired of playing games made by godless pagans? Here are some great Christian alternatives to the secular games you're used to. Try them all!

1. Instead of Risk, try the Christian alternative Sovereignty: Just like Risk, except the whole time you acknowledge the sovereignty of God in every decision and roll of the dice. Neat!

2. Instead of Codenames, try Codenames but all the words are "Jesus": More fun, more holy, and easier!

3. Instead of Operation, try essential oils: The only operation you will ever need.

5. Instead of Life, try John Piper's Don't Waste Your Life: The Board Game: Compete with your friends to spend every moment glorifying God and enjoying him forever!

6. Instead of Warhammer 40K, try Peacehammer 6K: There is no war, only peace, and the Earth is only 6,000 years old. You still get to paint overpriced minis, though.

7. Instead of Scrabble, try Scrabble using only the letters J-E-S-U-S: And no, "sus" isn't a word.

8. Instead of playing cards on Sunday, try repenting: Repent, sinner!

9. Instead of Clue, try Clue: New Testament Edition: You try to solve who killed Jesus, and the answer is always you. With your sin.

11. Instead of UNO Attack, try UNO Turn The Other Cheek: Lots of fun slapping involved. Sanctifying!

12. Instead of Gloomhaven, try Joyhaven: No room for gloom in the Christian life!

13. Instead of Trouble, try Trials & Tribulations: Yes, it's just a reskin. But there's Bible verses all over the board. Cool!

14. Instead of King of Tokyo, try the King of Kings: This isn't really a board game. We're just saying, stop rolling dice to beat up other monsters and give your life to Jesus. Much more satisfying!

NOT SATIRE: The Flood™ board game is a Christian euro & resource management board game to 6 players about building a gathering network and the Ark. We just went live on Kickstarter YESTERDAY, and we need your support! If you want to build your Ark before the Flood, sign up to order your copy of The Flood™ Board game today! 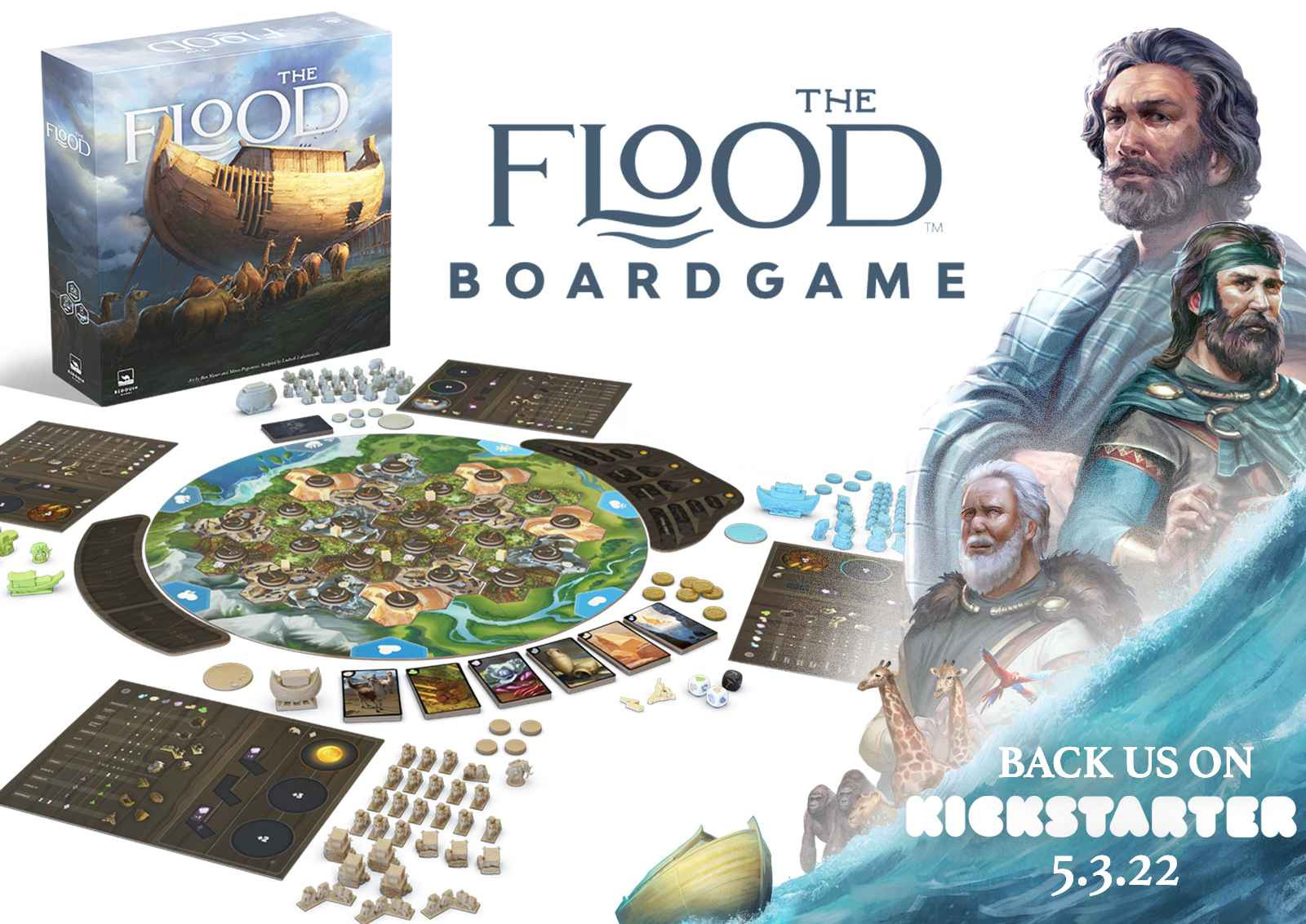 
Did Your Mom Abort You? Take The Quiz!