Here Are The Denominations Of Each Of The 7 Churches In Revelation
Sponsored · Jun 15, 2022 · BabylonBee.com

While exiled on the island of Patmos, the apostle John experienced a grand vision that would not be fully understood until Left Behind: A Novel of the Earth's Last Days was published in 1995. But before John describes events that eventually took place in 2012 he relays a message to seven ancient churches that have been lost to history.

Ever wonder what denomination those churches were? Read on to find out!

Really good at discerning truth from error but no love - Your annoying Calvinist friends.

Rich in good works, enduring trials - Definitely not any church in America. Must be the underground Chinese church.

Technically alive but appear to be dead - Presbyterians

Described as having "little strength" but has slow, patient endurance - Those skinny-armed Missouri Lutherans who really need to hit the gym

Lukewarm, poor, blind, and naked - We're tempted to say this is Joel Osteen's church but honestly, it's all of us. REPENT.

NOT SATIRE: Watch The 7 Churches of Revelation: Times of Fire FREE Online

From the island of Patmos, the last living Apostle, John, encountered Jesus and wrote letters to the seven churches of Asia Minor. RevelationMedia is pleased to offer The 7 Churches of Revelation: Times of Fire for FREE in this exclusive online event. Click the link, and you can watch this critically acclaimed documentary which covers Patmos and the first three of the seven churches. You will witness the Bible come to life and ultimately ask the question: Are we ready for Christ's second coming? Journey with us now and see history unfold in The 7 Churches of Revelation: Times of Fire.

The world is living in perilous times, and the subject of this documentary could not be more relevant for the church today. Watch now. 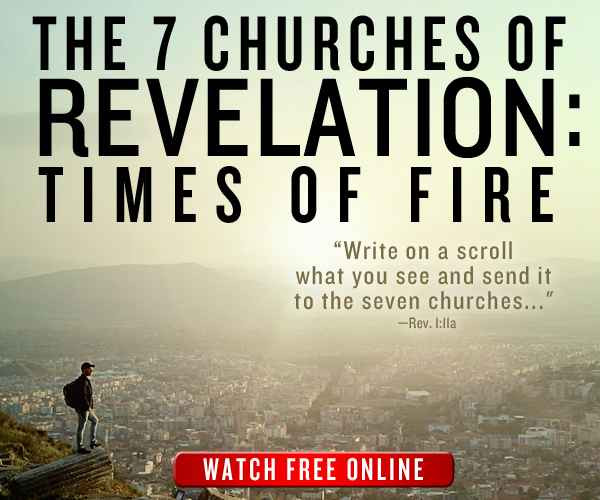