WASHINGTON, D.C.—In a statement to D.C. police given Tuesday, senator and presidential candidate Elizabeth Warren claimed that two men in colonial outfits accosted her on the street and assaulted her with smallpox-infected blankets.

Warren claimed she was simply on her evening walk with her favorite peyote blend when the two men leaped out of the bushes, fired a round, spent several minutes reloading their muzzle-loading rifles, fired again, and then hollered "battle cries" as they hurled smallpox-infested blankets at her.

"The men fired muskets at me, threw several blankets infested with smallpox in my general direction, and told me this was colonial country," she said, holding back tears. "They told me to go back to my reservation and that I wasn't welcome here."

According to Warren, the men stuck a feather in her hair and then called her "macaroni" before dancing around her in a mock Native American rain dance.

"It is just despicable to me that in 2019 a woman can still be targeted for lynching because of her .0001% Indian heritage," she said in a press conference. "This is Trump's America, people."

Police quickly poked holes in Warren's story, such as the fact that she never dropped her peace pipe throughout the ordeal and that she left the smallpox blankets and mock Indian headdress on herself as she walked to the police department to make her statement. 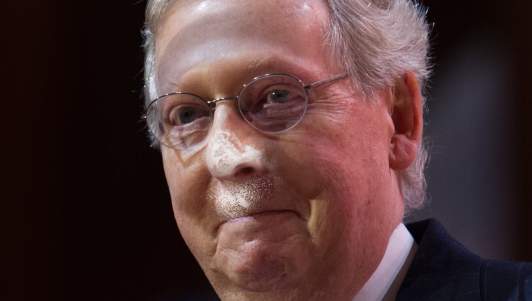 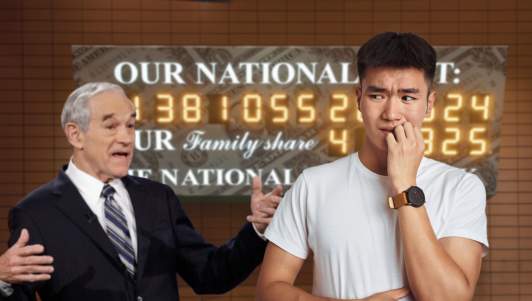 Politics
Crazed Ron Paul Seen Shouting 'I Told You So!' At Passersby In Front Of National Debt Clock 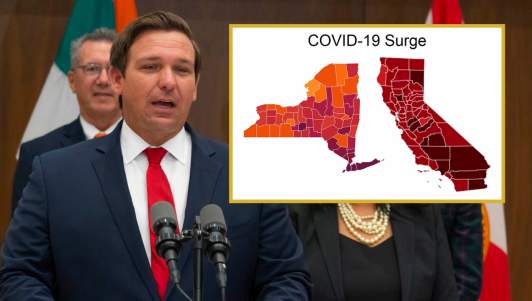