After years of waiting, the world finally has the opportunity to subscribe to CNN's new streaming service, CNN+. Unfortunately, the launch hasn't gone according to plan as no one signed up. Desperate to save the new streaming platform, CNN has announced a bevy of new shows! Check it out! These are gonna be amazing!

Teen Wolf Blitzer - A normal high school kid is struck by a horrific curse that makes him transform into Wolf Blitzer in the light of a full moon. *shiver*

To Catch a CNN Predator - Like NBC's To Catch A Predator, but with a twist: the host and film crew are all predators too!

Game of Thrones, but every character is played by Chris Wallace - He'll make an amazing mother of dragons. His acting range is incredible. Warning: extremely disturbing.

Survivor: Epstein Island - After filming, they will delete the footage and pretend the story never existed.

Naked and Afraid, with Jeffrey Toobin - Jeffrey Toobin walks in on coworkers while naked, making them feel very afraid. Just a normal day at the office.

Wheel of Science, with Dr. Fauci - This delightful game show will let contestants spin the wheel to find out what THE SCIENCE (or Pfizer) want them to do today!

The Muppet View - The View, but with Muppets. Unlike the original, this will feature witty and intelligent conversations.

These look great! Which one are you most looking forward to?

NOT SATIRE: Don't let Fake News or radicals in education indoctrinate the rising generation into embracing socialism! The Tuttle Twins is fighting back.

Click here to help us distribute more copies of the Tuttle Twins books to schools across the country, with your tax-deductible gift of $10, $50, $100, $500, or even more. 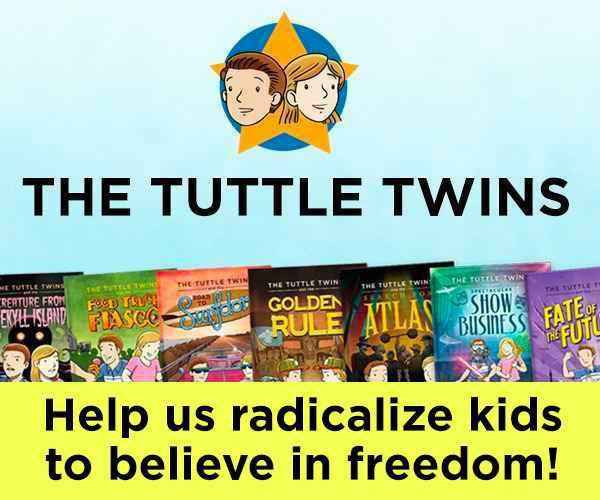