12 More Disney Plus Shows That Are Getting Offensive Content Warnings
Sponsored · Feb 24, 2021 · BabylonBee.com

Since its inception, Disney Plus has been slapping offensive content warnings on much of their older content, namely anything that was created under their problematic founder Walt Disney. They also added a warning to the Muppet Show-- probably because Kermit the Frog's voice sounds just like that of problematic intellectual Jordan Peterson.

As times change, Disney is finding that more of the content they produce is offensive even if it was released just moments ago. Here is a list of 12 more Disney Plus shows that are getting offensive content warnings.

It's good to know Disney is looking out for us! Thanks, Disney!

At John Paul the Great Catholic University, we believe that a story isn't just a story. The art we create, the entertainment we consume, is hugely instrumental in shaping the culture in which we live. That's why our University offers hands-on degree programs in creative arts, giving you the opportunity to flourish in your craft under the guidance of industry-experienced faculty, all in a supportive Christian environment dedicated to impacting culture through incisive and masterfully produced content.

Try our free online Crash Course in Storytelling to experience instruction from our dedicated Christian faculty who have worked at Pixar, Warner Bros., and Hollywood Writers' Rooms. 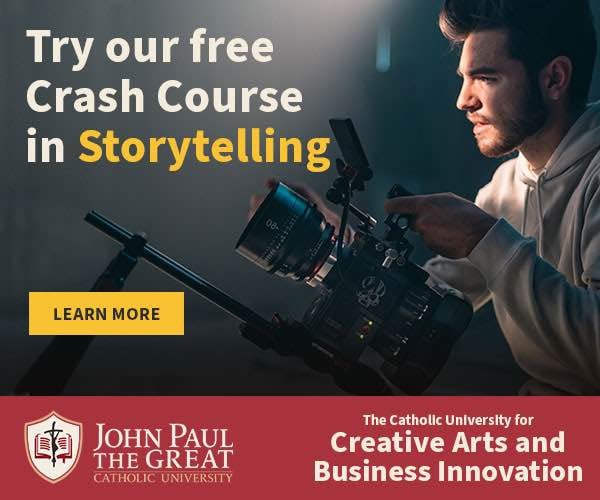 
Canceled F-35 Fighter Gets New Job At The Daily Wire