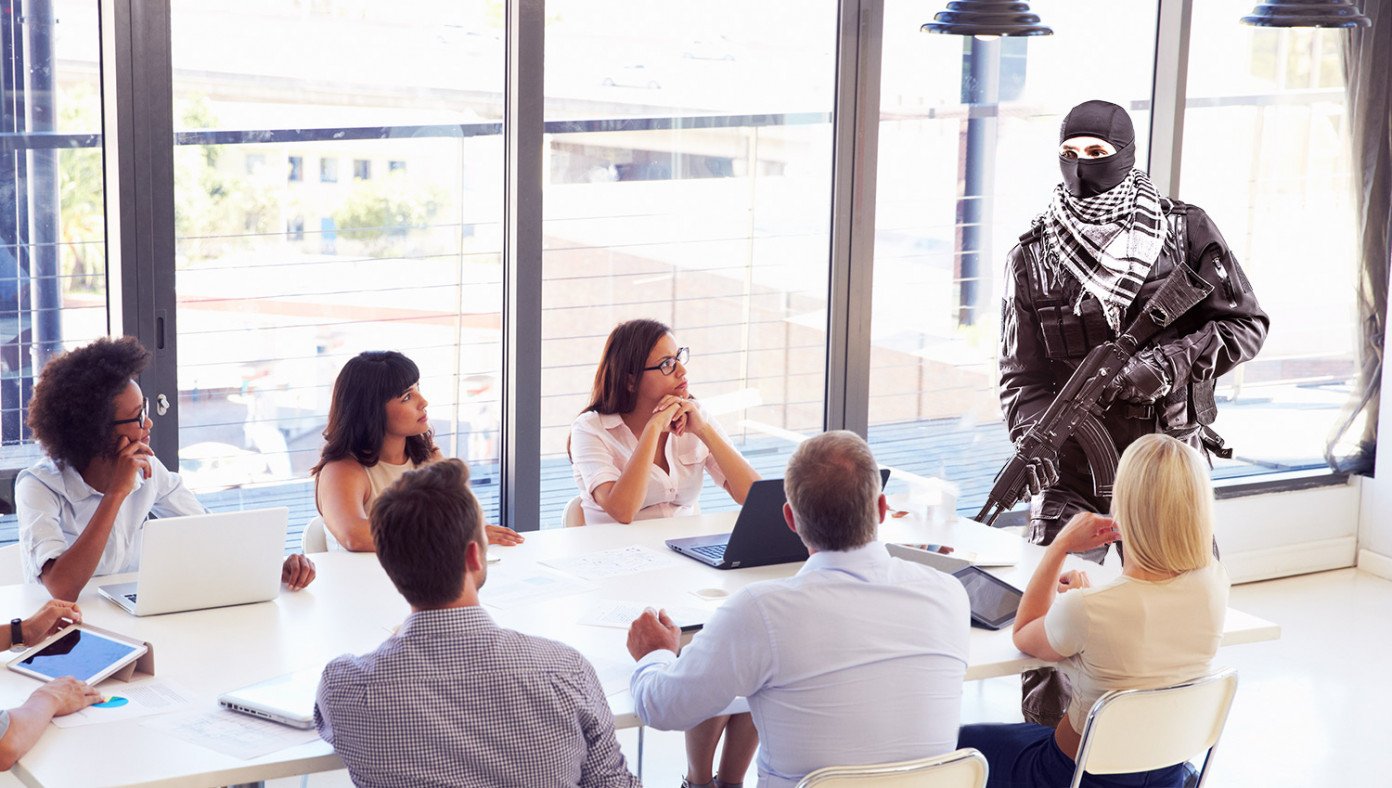 WASHINGTON, D.C.—In order to ensure all headlines about Islamic terrorism are culturally sensitive and do not offend any brave freedom fighters in the Middle East, The Washington Post has retained an ISIS marketing representative.

All headlines published about terrorism will be run by the marketing rep. The PR rep was immediately put to work as headline writers worked to come up with a sensitive take on the death of Abu Bakr al-Baghdadi.

"Do you think we should call him an extremist terrorist leader or is that considered offensive?" one intern asked the representative, Aarif al-Samarrai, in a brainstorming session Sunday.

An angered Samarrai began firing his AK-47 into the air and screamed, "ALLAHU AKBAR!" at this suggestion, apparently not happy with the angle. Post writers frantically tried to come up with different headlines to appease him, such as the following:

He was finally appeased with the last suggestion, and the Post was able to run it. "This should make everybody on the internet happy," said one writer, excited to see what Twitter's reaction would be.