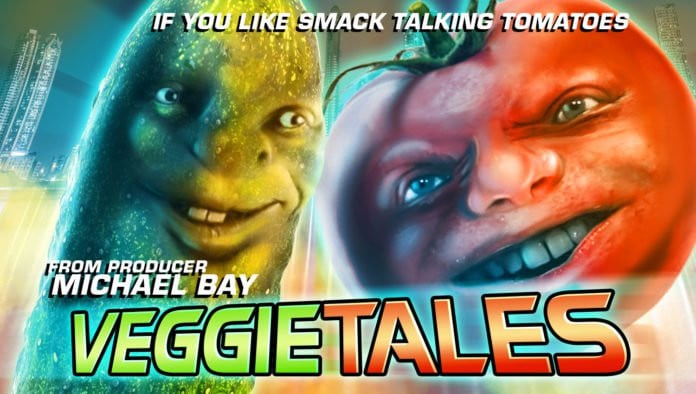 HOLLYWOOD, CA— Paramount Pictures has signed with action franchise powerhouse Michael Bay to reimagine a new live action feature of VeggieTales, now stylized VEGGIETALES, sources reported Wednesday. “The studio is looking at this as its next huge franchise, like Ninja Turtles,” said one industry insider.

Michael Bay reportedly has plans to reboot the franchise with a new twist on the evangelical cartoon legacy. “We’re going to remain relatively faithful to the old fans of VeggieTales, but also update it for today’s more edgy audience,” said Corwyn Goudy, a representative from Michael Bay’s Platinum Dunes.

In this live-action reimagination of Phil Vischer and Mike Nawrocki’s universe of God-fearing produce, Bob the Tomato and Larry the Cucumber will be pair of man-sized veggies who team up with silver screen starlet, Megan Fox, when terrorists threaten to blow up the midwest and all the churches in the Bible Belt. “It’s going to be very Christian. Very America,” said Bay.

Slated for a Summer of 2019 release, the movie will be shot in IMAX 3D and is expected to carry a hard PG-13 rating. “We want this to be a family film,” Bay said.

Entertainment
Gary Busey Lands Coveted Lead Role In Remake Of 'McGee And Me!' 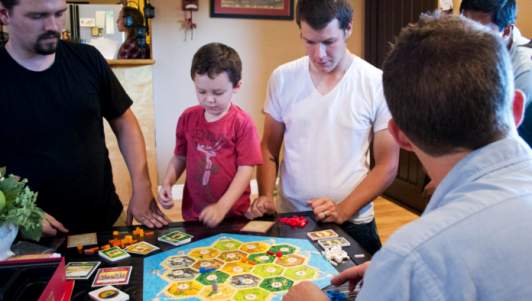 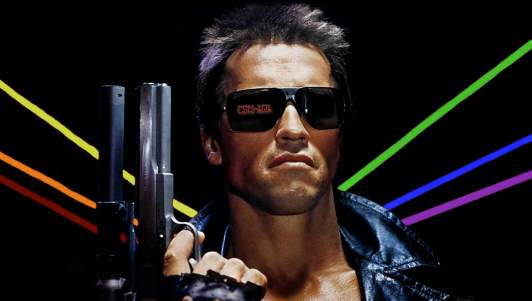 Entertainment
In Honor Of Pride Month, James Cameron Reveals The Terminator Is Gay 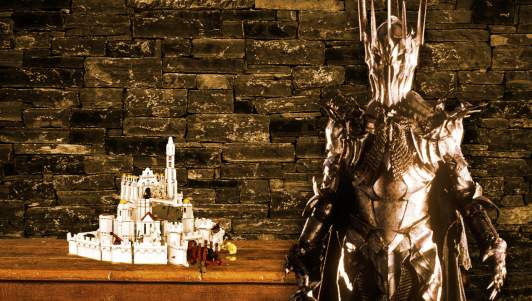