The choice to murder your own offspring for convenience is a fundamental human right. Without choice, you might as well be, like, a handmaid in The Handmaid's Tale! Fortunately, Hollywood is dedicated to producing hundreds of pro-choice films every year to preach the pro-choice message and protect this right for all!

Here are some of the most notable:

1) It - A reincarnated abortion doctor dressed as a clown performs late-term abortions on the neighborhood kids. Iconic!

2) Halloween - Michael Myers has every right to go stabbing. He was born this way.

3) The Texas Chainsaw Massacre - A progressive depiction of a non-traditional family that chooses who they want to eat without apology. Inspiring!

4) A Nightmare on Elm Street - Freddy Krueger has long been one of Planned Parenthood's most outspoken supporters.

6) The Lord of the Flies - Kids killing people!

7) The Silence of the Lambs - Dr. Lecter is a super-smart guy who wrote peer-reviewed papers so his stance on baby murder is probably correct.

8) The Omen - A powerful pro-choice film in which the villain is the kid.

9) Look Who's Talking, Too! - You'll want to commit murder after watching this movie.

11) Schindler's List - A man named Hitler lived his truth, followed his heart, and exercised his right to choose. Margaret Sanger would be so proud.

12) A Quiet Place - Parents go to great lengths to protect their children no matter how hard or inconvenient. Wait, how'd that get in here? Scratch this one.

13) Friday the 13th: Part I - A relentless killer who slays without remorse, Jason's mother is the ultimate pro-choice hero.

NOT SATIRE: We stand at a critical point in history where the legality of abortion is being challenged in the highest courts. More than ever, it is important for everyone to know where they stand on abortion and why. The award-winning documentary The Matter of Life compels us to understand the pro-life case and form our beliefs based on more than what is said in the media.

In the film, we hear about the history, philosophy, morality, and impact of abortion. Featuring the powerful stories of women, former abortion clinic workers, religious workers, pro-life atheists, and many more, The Matter of Life stresses entering this conversation with understanding. Doing so is critical to saving the lives of the unborn and caring for the women who carry them.

Watch an Exclusive Sneak Peek of The Matter of Life today. 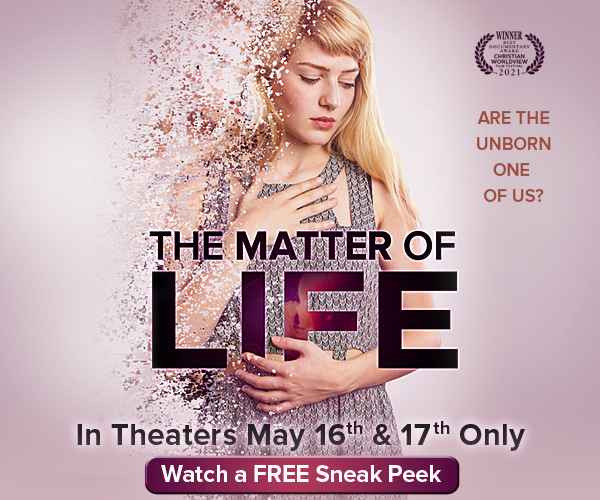