To the uninitiated, the differences between Catholics and Protestants may be confusing. Why the funny hats? What's with all the casseroles? Why are they always burning each other at the stake?

The Babylon Bee is here to lay all your questions and concerns to rest. We are experts in Protestantism, and we even hired a Catholic intern so we'd know more about Catholicism. Read and learn!

Catholicism: The true Church, established by Jesus himself, with funny hats.

Protestantism: The true church, established by Jesus himself, before the Catholics ruined it with their funny hats.

Catholicism: Jesus gathered a papal conclave of the College of Cardinals, where they issued Saint Peter the first official Pope hat and Popemobile. He then cooked fried fish with malt vinegar and white smoke rose from the flames, signaling the election of the first Pope.

Protestantism: One day, a triggered snowflake named Martin Luther nailed an incendiary comment on a giant door-- causing him to get excommunicated. He then went into hiding at Wartburg Castle to translate the Bible and invent the world's first Chick-fil-A sandwich. Things really got dicey when he started passing out AR-15s to the peasants.

Catholicism: Do whatever the Pope says and kiss relics and pray while lighting lots of candles. If you have extra money you can use it to spring people out of purgatory. Feel really guilty all the time.

Protestantism: Do whatever Pastor Bob says and buy lots of guns and Chick-fil-A. Vote Republican. Never feel guilty about anything, ever.

Catholicism: The Apostle Peter, Mary, James the Brother of Jesus, Mel Gibson, that priest from The Exorcist, like every Hispanic grandma ever, Joe Biden, Pope Francis (maybe).

Protestantism: The Apostle Paul, Martin Luther, pastors who like to wear cool clothes and have laser light shows every Sunday, Joel Osteen.

Catholicism: The definitive 73 books of the Bible, The Sistine Chapel, St Peter's Basilica, The Mona Lisa

How to spot a devotee

Catholics: They are probably drinking beer, like a lot of beer. They also really don't like abortion. Orders fast food in Latin, might wear one of those collar things or a giant hat. You also might spot some rosary beads hanging in their cars as a decoration. Usually accompanied by around 16 kids.

Protestants: Hard to spot because they look exactly like the world.

NOT SATIRE: Alpha and Omega Playing Cards are 3 decks of fully custom, hand-drawn, poker-size playing cards beautifully depicting some of the most significant periods of Church history in useful game pieces. Each deck in the series covers a different time: the Early Church, the Protestant Reformation, and the Great Awakening. 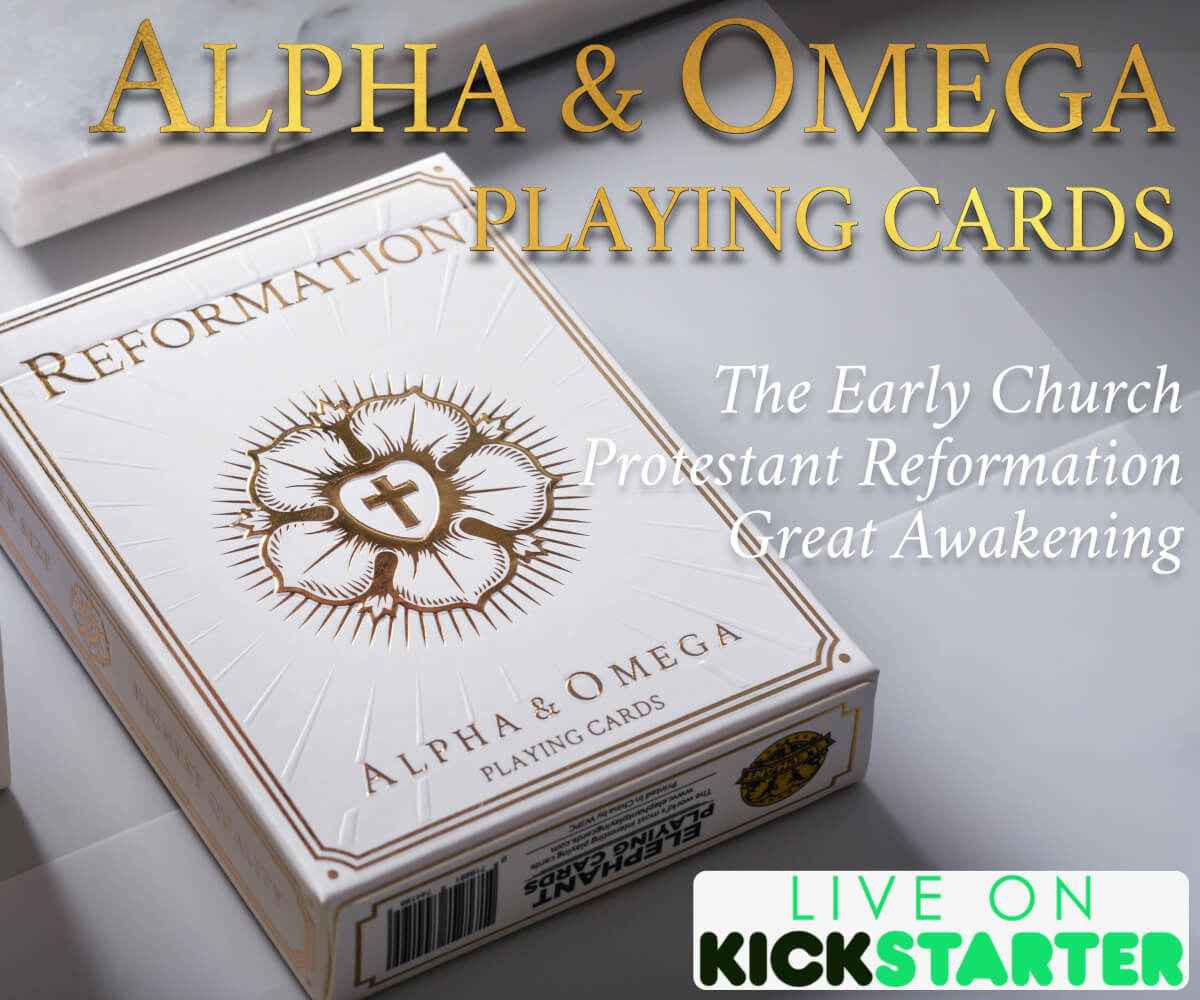 There are 453 comments on this article.