The 10 Most Brutally Martyred Christians In American History
Sponsored · Oct 24, 2022 · BabylonBee.com
Brought to you by: Revelation Media

America is a dangerous place to be a Christian. Every day, millions of American Christians face unthinkable persecution. It must end!

Here are the 10 most brutally martyred American Christians (so far)

Carol the receptionist, whose boss asked her to turn her Newsboys music down

She had to turn down "God's Not Dead" at the best part.

Bebo Mullins, after his church ran out of gluten-free option on Communion Sunday

John MacArthur, whom the city of Los Angeles threatened with taking away his parking lot but then didn't

A powerful example of a Christian suffering well.

Casey Broop, who worked all week at VBS and received no thanks

She's seeing a therapist to help her deal with her church hurt.

Your mom, who was told by the deacons that she couldn't eat three whole casseroles at the potluck

She crushed the camera because she's so fat.

The Christiansen family, one of only seven Christian families on their block

Worship leader Chaz Tiggins, who only sold 3 copies of his original worship album in the bookstore

Will anyone ever recognize his talent?

The Babylon Bee, who was kicked off Twitter just for being jackasses

Matt, who missed the opening kickoff of the Jets/Bengals game because the sermon went long

Look at the pain in his eyes.

The most persecuted Christian in the history of the world.

If you're a Christian in America, be prepared to suffer just like these brave heroes did!

Not Satire: Nigeria is the most dangerous place to be a Christian.

There are now more documented cases of Christian martyrdom in Nigeria than in every other country combined. Last year, our government removed Nigeria from the Countries of Particular Concern "CPC" watch list. This means that our government no longer identifies the persecution happening in Nigeria as a problem. This has only served to embolden the attackers and remove pressure from the Nigerian government to protect its Christian citizens.

You can make a difference. Sign RevelationMedia's petition today asking for President Joe Biden to add Nigeria back to the CPC list by visiting www.StopKillingChristians.com.

Together, we can send a clear message that killing Christians is not acceptable. Join with us as we take a stand for the lives of our brothers and sisters in Nigeria. 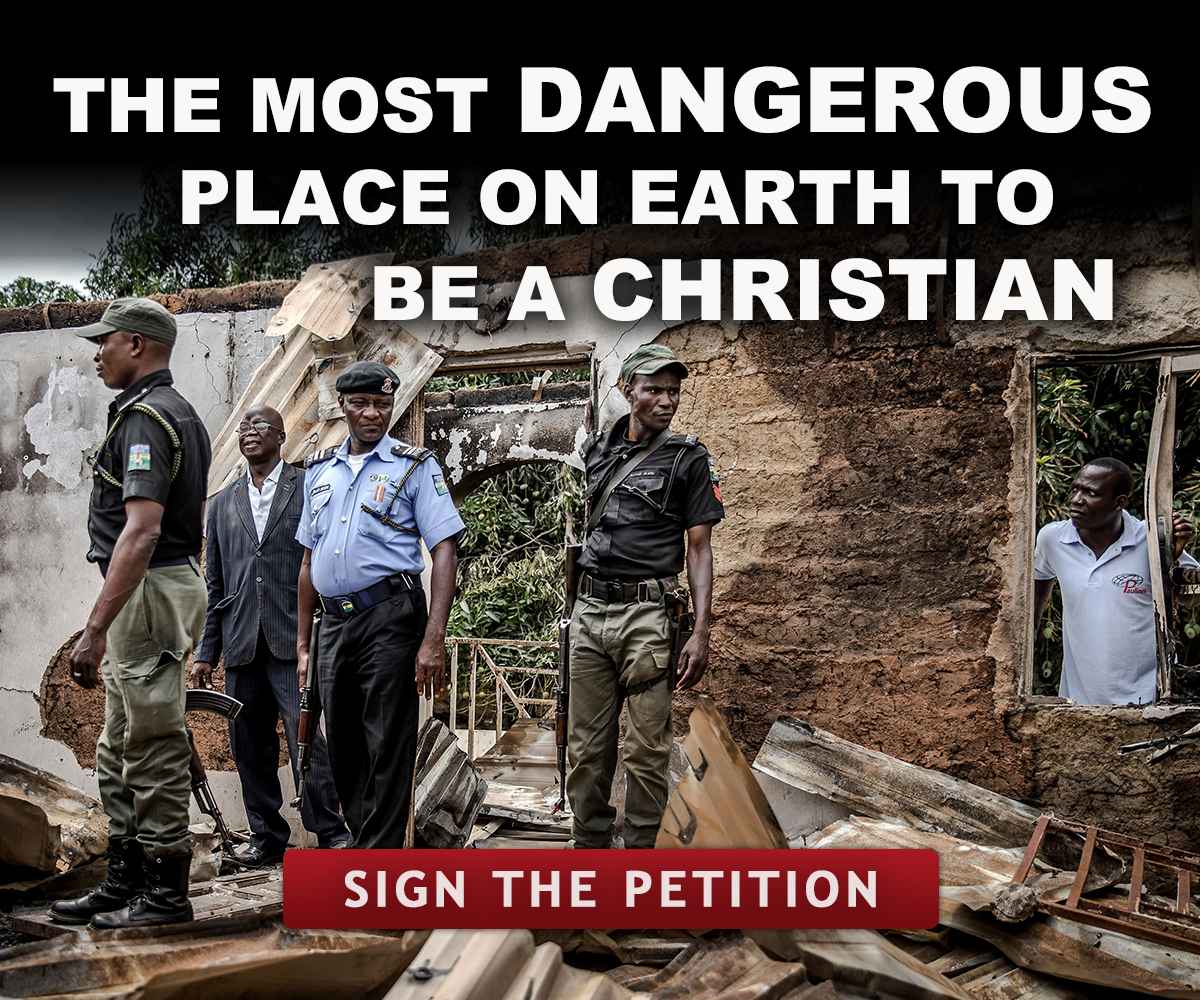 
In Powerful Call For Nation To Calm Down, Biden Falls Asleep