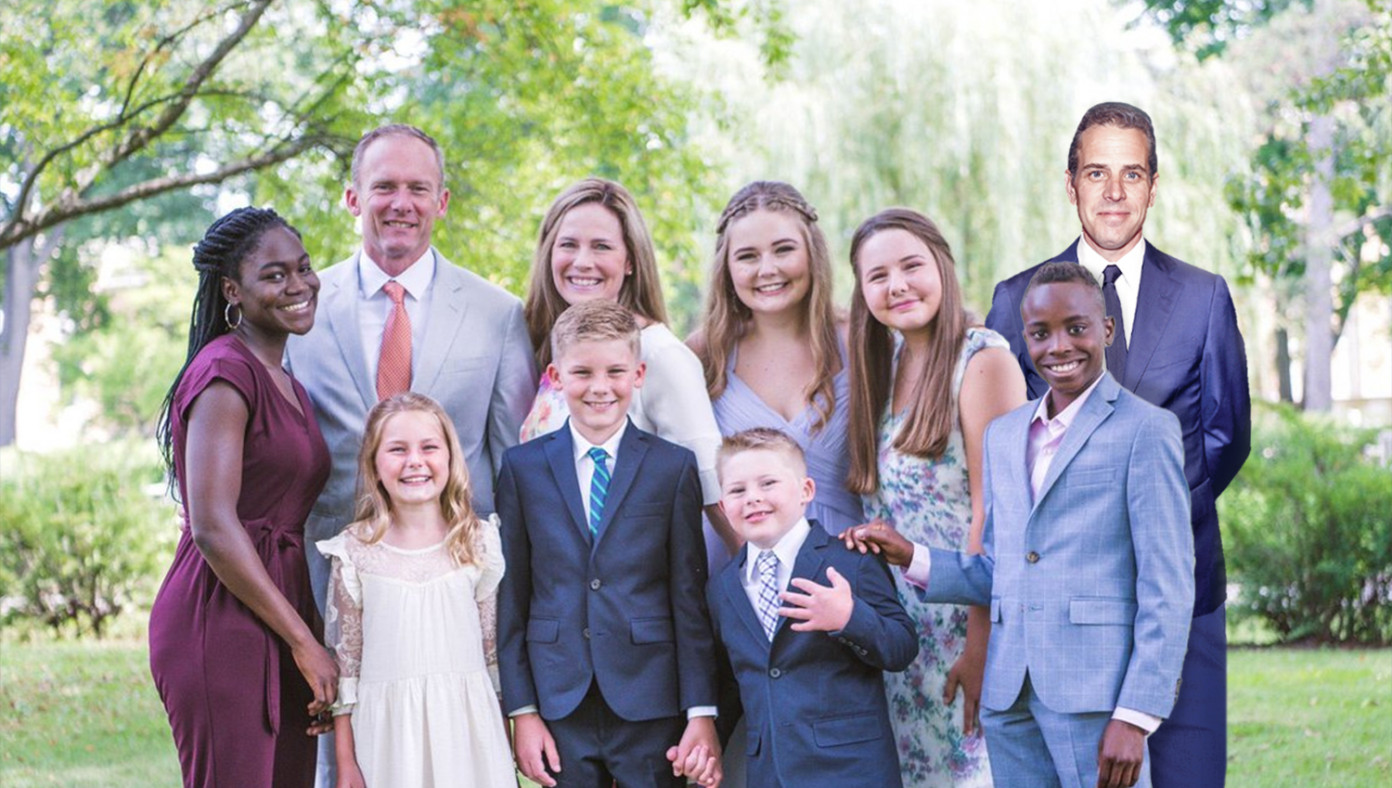 SOUTH BEND, IN—According to sources, Supreme Court nominee Amy Coney Barrett has adopted her 8th child, a troubled local youngster named Hunter. In a touching story of love triumphing over all odds, the Barrett family fought for custody of Hunter and welcomed him into their family for the first time this week.

"This family has love to spare," said Judge Barrett. "We just knew we had another child out there somewhere. We were told by the agency that young Hunter had his fair share of issues, but we knew we would be up to the challenge."

According to friends of the family, Hunter is slowly adjusting to his new home and family. He has kicked an old drug habit and is now attending church with the rest of the family. He has also renounced his old ways and paid back a Ukrainian gas company fourfold.

"We love having Hunter with us!" said the leader of the small church group Hunter attends every week. "Whenever we share testimonies, he puts our testimonies to shame with stories of drugs, corruption, and horrific scandal, unlike anything we've heard. Awesome!"

Judge Barrett is still struggling to teach Hunter the value of hard work. He is being paid a few dollars to do chores around the house when he's used to being paid $50,000 per month for nothing.

"We're still working on it," she said.