Subscribe Log in
Politics
Ocasio-Cortez Gets Head Stuck In Bucket, Journalists Rush To Explain Why It Was Actually A Genius Move 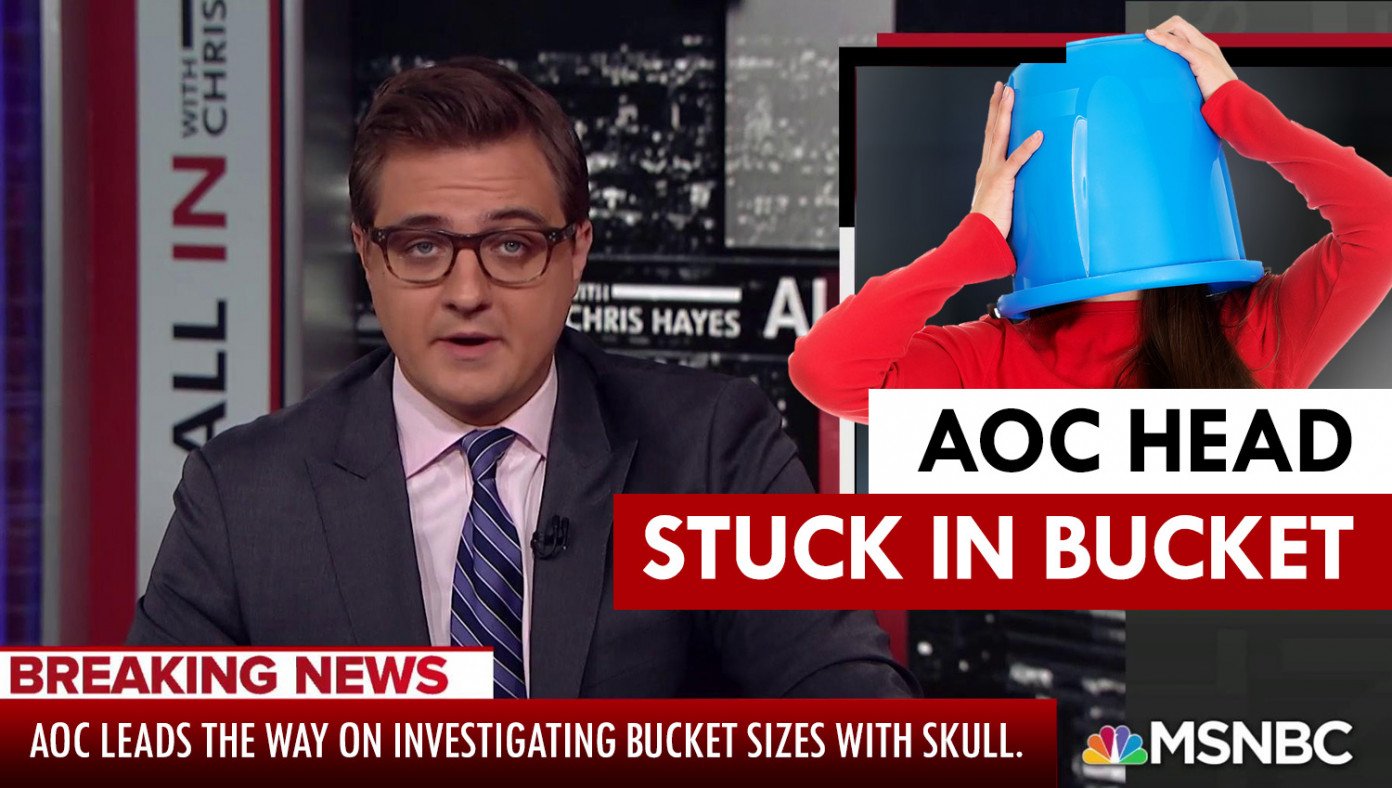 WASHINGTON, D.C.—On Wednesday, New York Representative Alexandria Ocasio-Cortez somehow got her head stuck inside a bucket. She was heard yelling, “Who turned out the lights?” while repeatedly running full speed into walls. Republicans immediately pounced, using this as proof that Ocasio-Cortez is “kind of a dummy.” Many journalists, on the other hand, leaped to Ocasio-Cortez’s defense, saying her getting her head firmly wedged inside of a plastic bucket was further proof of her being an intelligent and dynamic politician.

“Most people don’t have her scientific curiosity and intelligence,” said MSNBC pundit Chris Hayes. “Someone incurious like Trump would never look at a bucket and ask ‘Could my head fit inside that?’ But Ocasio-Cortez dives into such questions head first.”

“She is making a bold statement,” said CNN’s Chris Cuomo. “The bucket on her head is from Walmart, and she is saying loud and clear that corporations have blinded us all.”

Many activists also defended Ocasio-Cortez on Twitter, though they seemed confused about exactly how to defend her, some talking about how buckets are important to society and others calling for the destruction of all buckets.

As for Ocasio-Cortez, she is doubling down and refusing to apologize, even though the incident caused a huge delay for the Capitol janitorial staff.