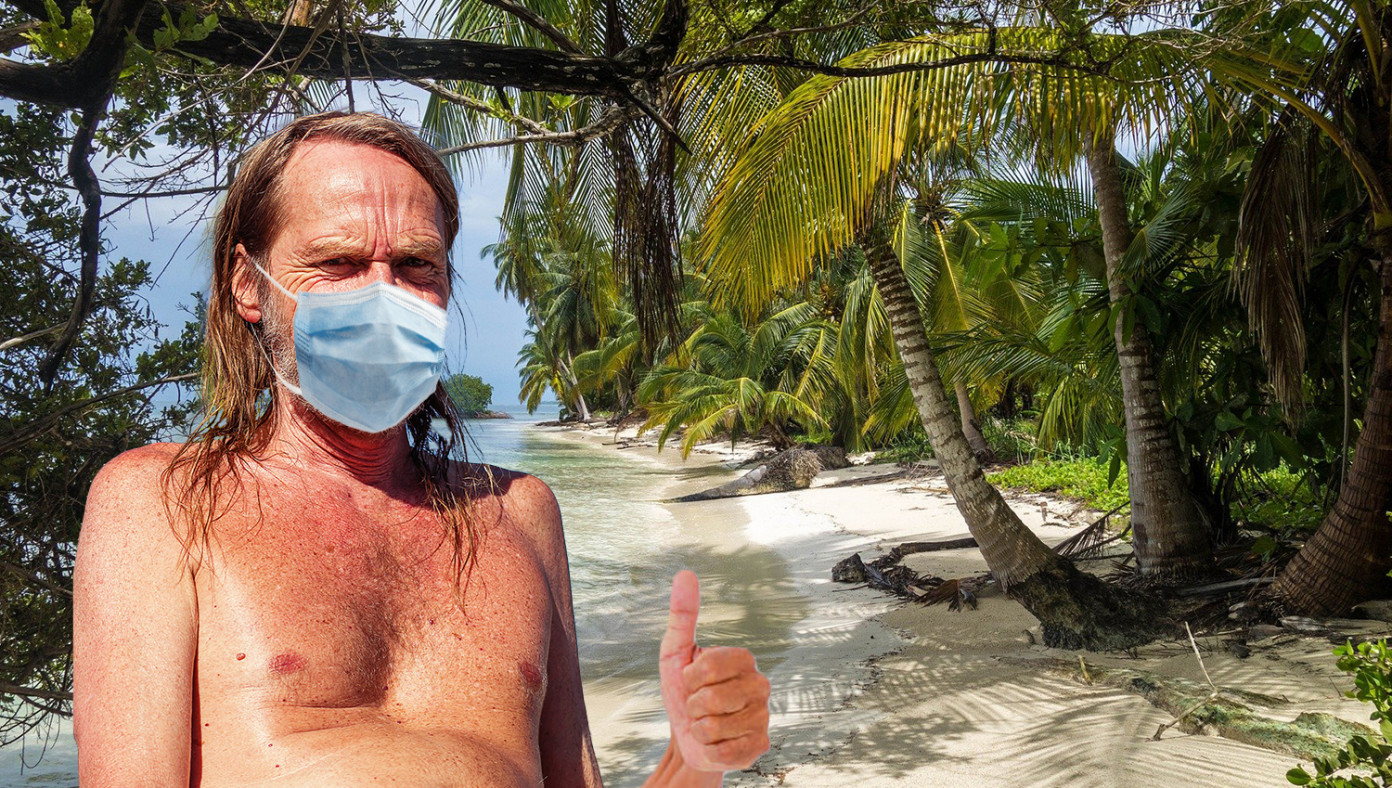 CARIBBEAN—The U.S. Coast Guard announced today that they discovered a man who has been stranded on a deserted island in the Caribbean Ocean for over 5 months after his boat sunk in a storm. A spokesman for the USCG reported that this heroic man has been responsibly wearing his mask the entire time on the island, even though he is the only living soul in a thousand-mile radius.

"This man is a true hero," said Governor Gavin Newsom of California. "He is a shining example of an obedient citizen who dutifully wears his mask even when it makes absolutely zero sense for any sane person to do so. California citizens ought to look to this survivor and emulate him in every way."

Celebrities took to Twitter to respond to the news and congratulate the stranded man on his unwavering commitment to obeying every single thing politicians and experts told him to do. "Thank you," said superstar Mark Ruffalo, "for showing us all how it's done!"

Authorities were planning on rescuing the survivor but later decided his story is just too inspiring and that he will serve a greater purpose if they just leave him there to continue wearing his mask.

"He has enough coconuts to last him a couple of years, he'll be fine," said the USCG spokesman. "Besides, wait till you see how he re-applies his mask between bites!"

Babylon Bee subscriber Fidel Perez contributed to this report. If you want to get involved with the staff writers at The Babylon Bee, check out our membership options here!