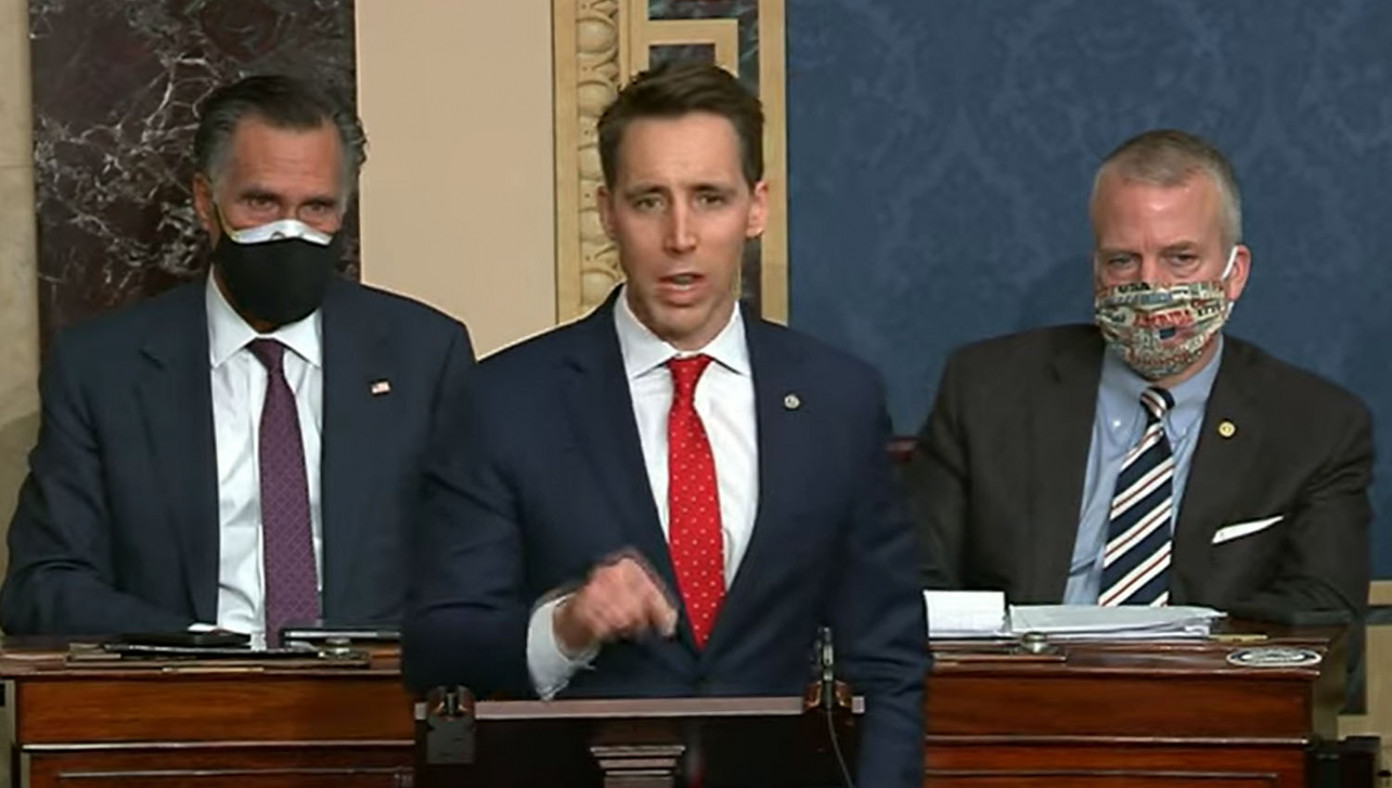 WASHINGTON, D.C.—In yet another act of despicable and violent insurrection, several Republican senators have refused to celebrate or even endorse Biden's brilliant executive orders.

According to sources, it all began with a dark and divisive speech given by Senator Josh Hawley in which he violently and mercilessly said, "I disagree with these executive orders." This is being interpreted by many expert critics as a treasonous incitement of violence.

"This is a brazen and tragic attack on our democracy," said Senator Chuck Schumer. "I have never heard such a violent act of disagreement ever before in a speech. Senator Hawley must resign at once."

Not to be outdone, Senator Ted Cruz also attempted to overthrow the duly elected government with a horrifyingly disagreeable speech that many national security experts have concluded is a clear dog whistle summoning Trump supporters to attack the Capitol building again.

"I think these executive orders are bad news for Americans," said Cruz with an evil grin on his face, as he clearly knew exactly what he was doing.

One thousand national security experts, who asked to remain anonymous, are together demanding the immediate removal and censorship of the Republican senators before they can do further damage.

"We have to move quickly while still in the throes of panic and hysteria," explained Schumer. "Our democracy is at stake."

Babylon Bee subscriber Daniel Martindale contributed to this report. If you want to get involved with the staff writers at The Babylon Bee, check out our membership options here!

Biden: 'If You're Not Okay With Women Aborting Their Babies, Then You Ain't Catholic!'