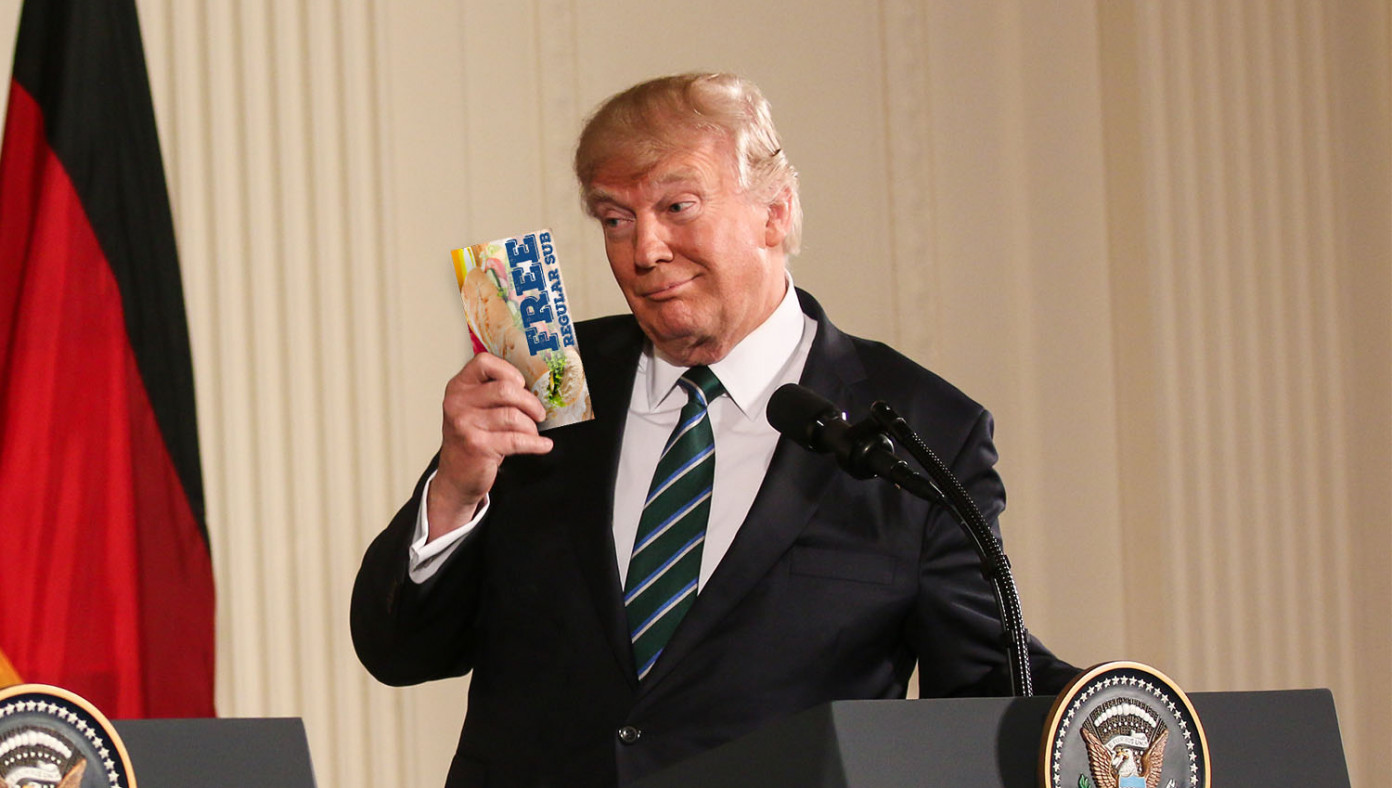 WASHINGTON, D.C.—With Trump closing in on a record second impeachment in 4 years, he is now close to filling out his impeachment punch card that grants him a free sub sandwich of his choice in the Capitol Building cafe.

"It's a little-known addition to Article II, Section 4 of the U.S. Constitution you may not have heard of," said Constitutional scholar Jenna Ellis. According to Ellis, the full section reads as follows:

"The President, Vice President and all Civil Officers of the United States, shall be removed from Office on Impeachment for, and Conviction of, Treason, Bribery, or other high Crimes and Misdemeanors. And also, if they get impeached three times in one term, we ought to give them some kind of consolation prize because that's pretty impressive. A foot-long sub, maybe."

According to sources, Pelosi has expressed interest in impeaching Trump a third time after they finish the second impeachment. If she is successful, Trump will be the first President in history to get three card punches and qualify for the special offer.

Sources close to Trump say he has chosen a pastrami sandwich from the Capitol Building cafe. Unfortunately, authorities found that rioters stole all the pastrami in the riot last week.