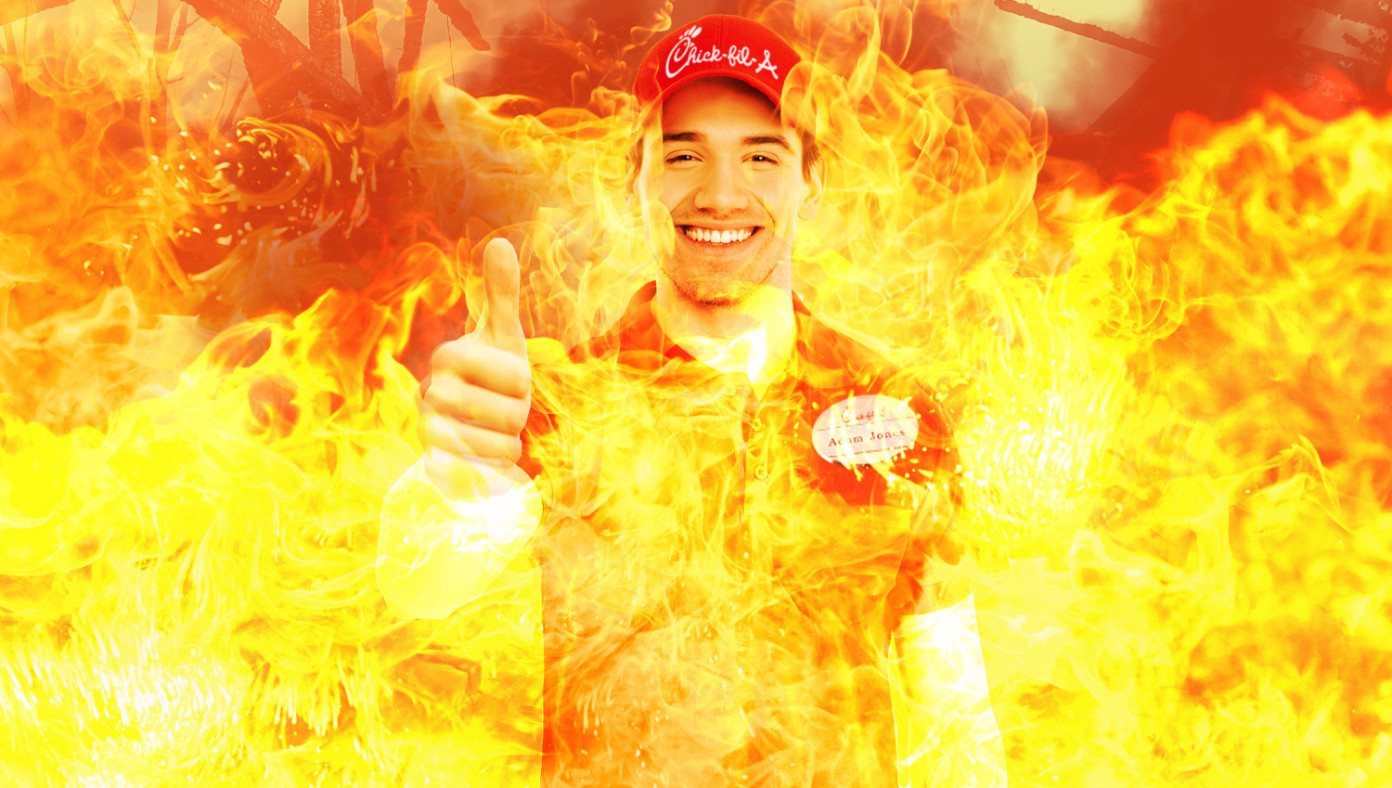 ATLANTA, GA—Rioters were shocked to witness what some are calling a miracle at a local Chick-fil-A restaurant after several members of Antifa attempted to burn the building down. According to sources on the scene, the workers just continued working with smiles on their faces, completely unhurt by the raging fire.

"Look!" said one rioter. "They are still making delicious chicken sandwiches! They are walking to and fro through the flames, yet the flames do not touch them! What have I done? Lord, have mercy on me, a sinner!" the rioter cried as he fell on his face and repented.

Witnesses said they saw another man walking through the flames with a shining countenance, not dressed as the other Chick-fil-A workers. Some claim it was the ghost of Truett Cathy, the legendary creator of the famous chicken sandwich. Others suggest it may have been an archangel just making his nightly Chick-fil-A run for the rest of the boys up in heaven.

Authorities say the Chick-fil-A location has now been burnt to the ground. The workers are still reportedly working in the smoldering ashes, somehow still crafting hot and juicy sandwiches for police, first responders, and even rioters.

According to witnesses, about 5000 souls were added to the church in one night thanks to the miraculous event.