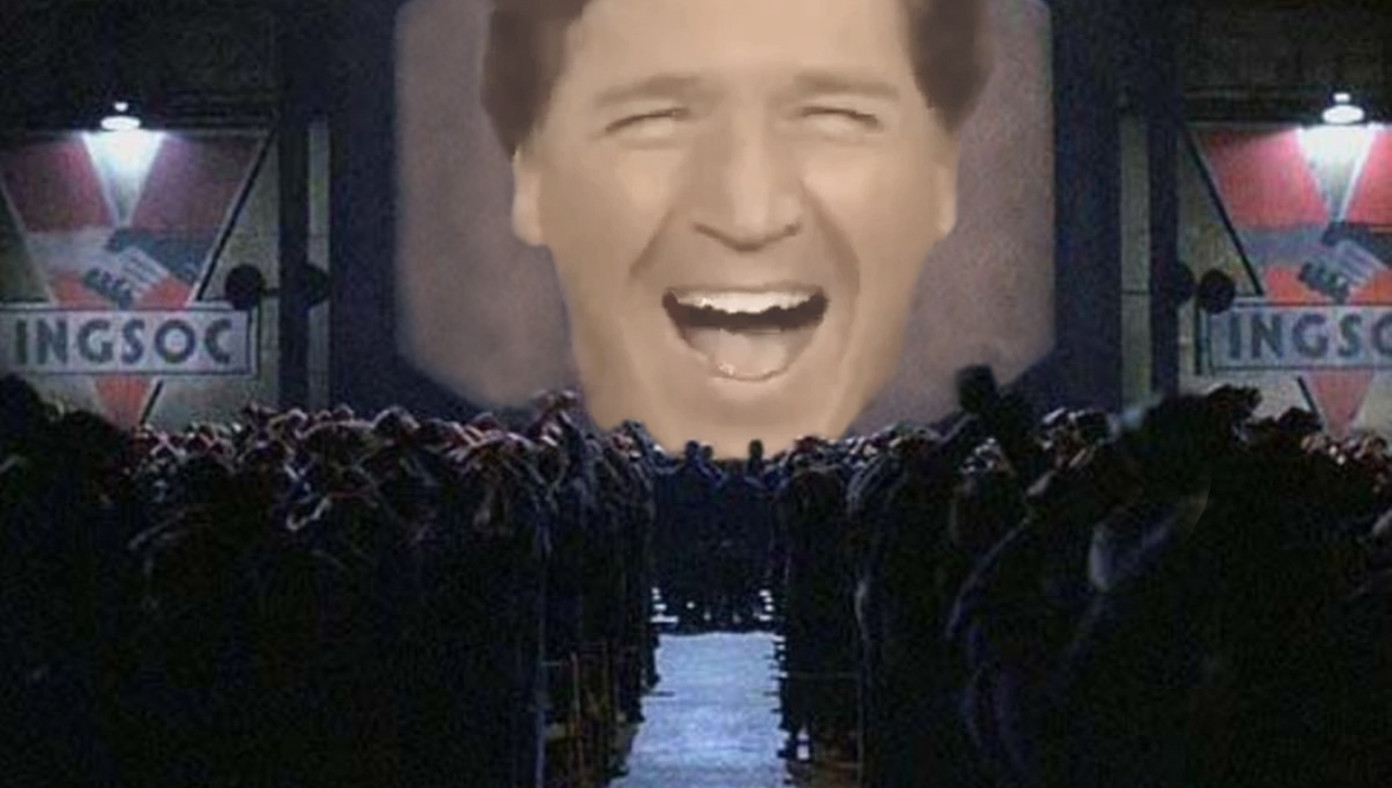 WASHINGTON, D.C.—In a darkened room in Washington, faithful followers of the Biden administration gathered dutifully for this morning's Two Minutes Hate. Every day, zealous disciples of the Party come together to rile one another up in hatred and anger over a different target of the Party's wrath. Recent objects of the Two Minutes Hate include LibsofTikTok, Elon Musk, and The Babylon Bee.

Today, it was Tucker Carlson.

The crowd writhed and jeered, slowly building in energy and hate as images of Carlson appeared on screen with words flashing across such as "racist", "white supremacist", and "look at that dazzling smile, it's terrible!"

"Boo!" jeered the crowd, which was made up mostly of journalists and politicians. "Boo! Tucker is the king of filth, the king of slime!" Every member of the crowd attempted to outdo everyone else in their show of hatred for Carlson. One HuffPo writer began hitting herself in the head with a frying pan to show how much she hated Tucker, though she left the event early after she was laid off by HuffPo and had to get to her programming class.

The Two Minutes Hate crescendoed in wild jeers, hissing, weeping, and gnashing of teeth as the screen proclaimed, "TUCKER CARLSON: PUBLIC ENEMY NUMBER ONE," and all the gathered journalists and other Party members rushed the stage in a frenzy to tear down the image of Carlson, though they didn't do much damage, not having much upper body strength.

At publishing time, the Ministry of Truth had published this morning's headline, approved by the Party, which read, "How Tucker Carlson Stoked White Fear to Conquer Cable."

Genius! Netflix Boosts Subscriber Base By Firing Hundreds Of Employees Who Will Now Stay Home And Watch Netflix All Day

Disinformation Board Confirms Rachel Levine Is A Woman

Worldviews
'This Is Exactly Like The Handmaid's Tale,' Declares Local Woman After Man Opens Door For Her 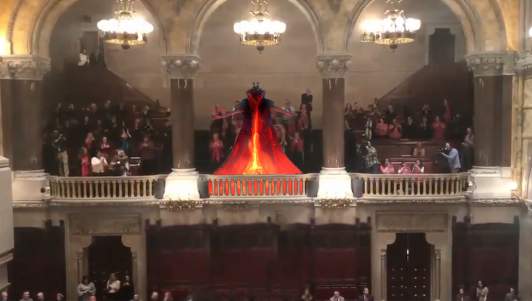 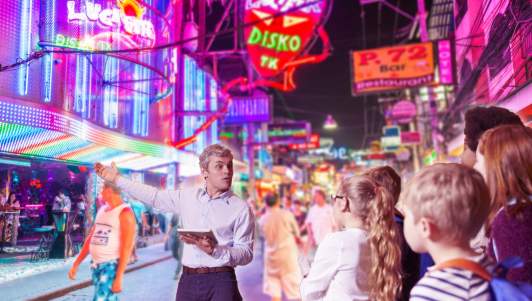