Conservative Who Boycotts All Woke Companies Now Alone In Cave With His Goya Beans And MyPillow
Life · Feb 10, 2022 · BabylonBee.com

FLATWOODS, KY - A conservative man has reportedly boycotted every single company with ties to "woke" political idealogy and now resides alone in a cave with his Goya Beans and MyPillow.

"I have everything I need to survive," said Brian Palmer, 57, clutching his can of GOYA-brand small white beans. "I have had to give up every earthly possession I once had - but I am hitting those "wokes" where it hurts: the wallet."

Palmer then revealed a corridor with the names of banned companies carved into stone.

"Those big corporations will rue the day they went all woke," said Palmer. "I think they're gonna crack any day now."

Palmer claims to have begun his boycotting quest to avoid supporting companies he felt were harming society, which in turn led to him removing himself from society entirely.

"If I get a few billion people to join me we can change the world overnight!" he said. "But instead I'm alone in this cave."

According to sources, Palmer only leaves the cave, exposing himself to the burning sun once a month when he eats at Chick-fil-A. He thought about joining a local Amish community but changed his mind after discovering they purchased lumber from Lowes - a company that has shown support for Black Lives Matter.

Not Satire: Between Big Tech censorship and the public-private partnership his company MyPillow which is based in Minnesota and employs over 2,500 Americans has been BANNED from many online retailers and payment sites. WALMART is now added to this mix. Why? Because Mike Lindell isn't afraid to STAND UP to the Leftist mobs. Fight back today using Promo: BEE. 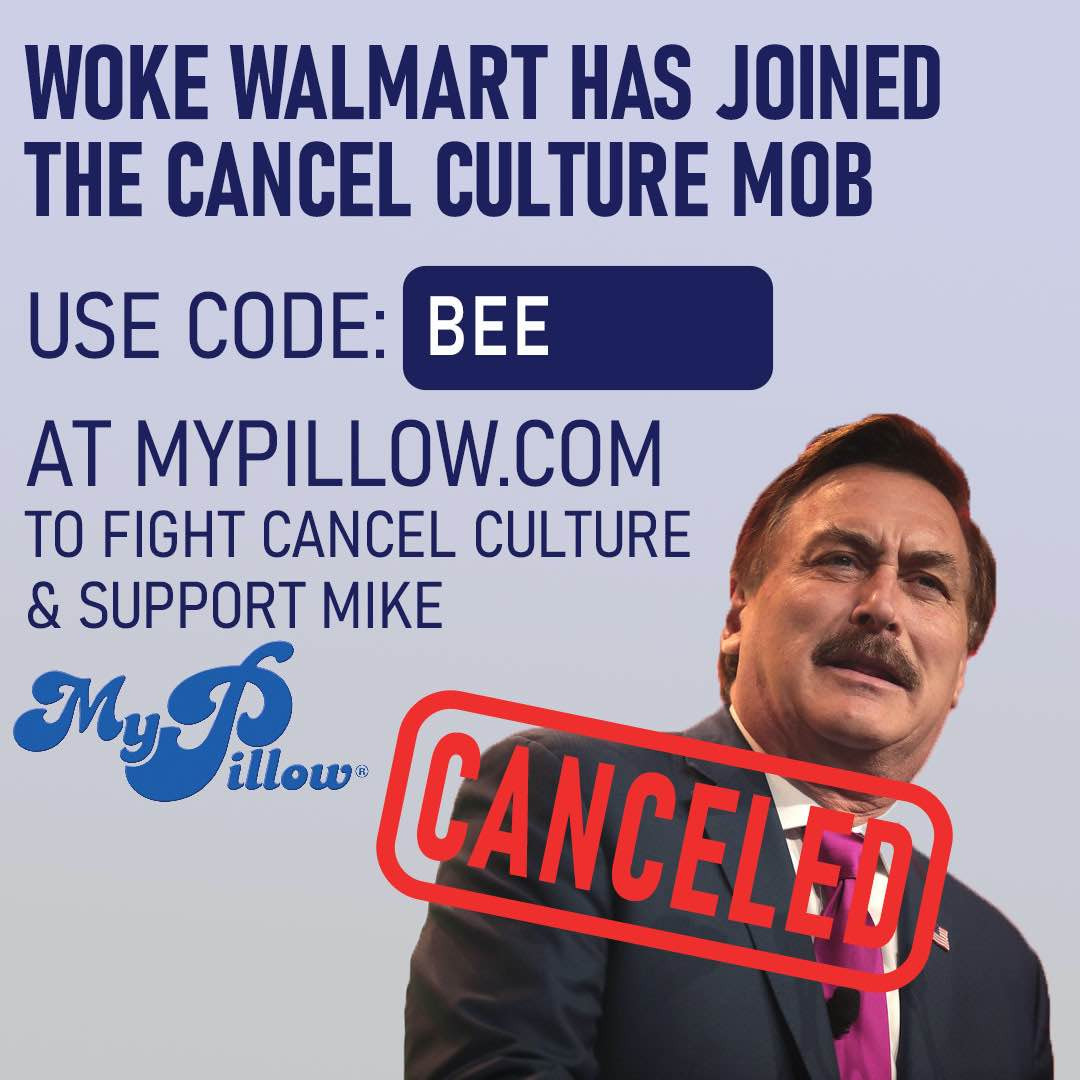