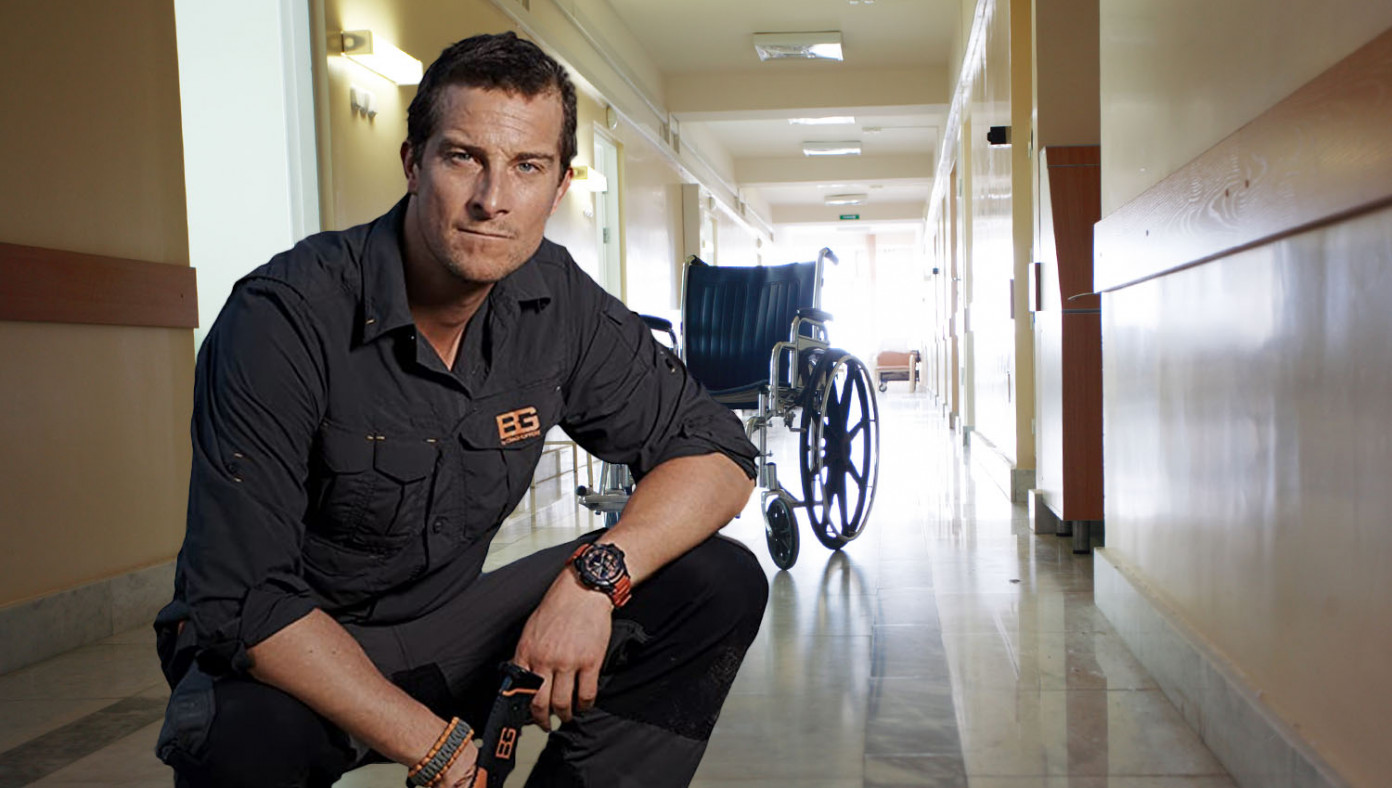 NEW YORK, NY—With audiences growing weary of Bear Grylls's usual feats of bravery in the unforgiving wilderness, a brand new show has upped the ante by dropping Grylls in the deadliest place on earth: a nursing home in Cuomo's New York.

"This is it-- the ultimate test of human courage and ingenuity," said Grylls. "No mask. No gloves. No vaccine. No hand sanitizer. 24 hours, trapped in the most unforgiving environment on the planet. The survival rate in one of Cuomo's nursing homes is almost zero. I'm going to show you it can be done."

Governor Cuomo has criticized the show. "This stunt distracts from all the great work I'm doing as Governor to keep New York's streets free of Orthodox Jews trying walk to their synagogues," he said.

Grylls posted to social media that he would soon be entering the belly of the beast: Riverdale Nursing Home in the Bronx.

Grylls then entered the nursing home lobby and immediately began to drink his own urine. "Not sure if I'll find a sterile water source in this place, so I need to do this. It's important. Also, I can't trust this nursing home food, so I'll have to survive on rats I find scurrying around."

At time of publishing, sources said Grylls is now in the hospital recovering from a giant rodent attack. If he doesn't survive, he will be the 10,000th rodent-related COVID death in the state.

Babylon Bee subscriber Brandon Smith contributed to this report. If you want to get involved with the staff writers at The Babylon Bee, check out our membership options here!

Exclusive Report: Kavanaugh May Have Cheated While Playing ‘The Floor Is Lava’ As A Child
1