9 Upcoming Netflix Shows Sure To Bring Back Subscribers
Sponsored · Apr 26, 2022

Netflix has seen the writing on the wall. With subscribers leaving in droves, they're announcing some new shows they're hoping will entice you to subscribe to their service again!

Here are 9 epic shows they're really hoping will bring you back:

1) Cuties 2: Netflix's signature classic is back in this much-anticipated sequel!

2) Gilmore Boys: Want to follow the misadventures of Rory and Lorelai but can't accept that you're a woman in a man's body? Check out Roark and Lorne as they recreate every episode of the hit show Gilmore Girls but as trans men.

3) Queer Eye Goes To Junior High: Just like Queer Eye For The Straight Guy, except set in junior high! Wholesome.

4) All-female reboot of Firefly: If there's one fault the otherwise perfect original Firefly had, it was too many toxically masculine characters. This reboot fixes all that!

5) Even Stranger Things: Netflix CEO Brian Netflix has acknowledged that Stranger Things really put their original programming on the map. So, uh, here's some more!

7) Ryan Reynolds and The Rock Team Up to Blow More Things Up: But this time, it's personal.

9) CNN+: The hours of unseen programming will find a new life on Netflix! Get ready for Jake Tapper's Book Club: Season 2!

Which one is most likely to lure you back to Netflix?

NOT SATIRE: Don't Give Your Money to Companies That Hate You. Woke corporations are seeking to divide us, big banks are freezing the accounts of people that disagree with their political views, and our supply chain is dependent upon countries that actively work against our values. It's time for a change and that change starts with you and your wallet. It's time for a parallel economy; one where Americans that love their freedoms are able to spend money at the local businesses that share their values for all of life's purchases.

PublicSq. (pronounced "public square") is an app & website that connects freedom-loving Americans with their local communities and the businesses that share their values. In fact, we're the largest directory of freedom-loving businesses our nation has ever seen, and we're just getting started. 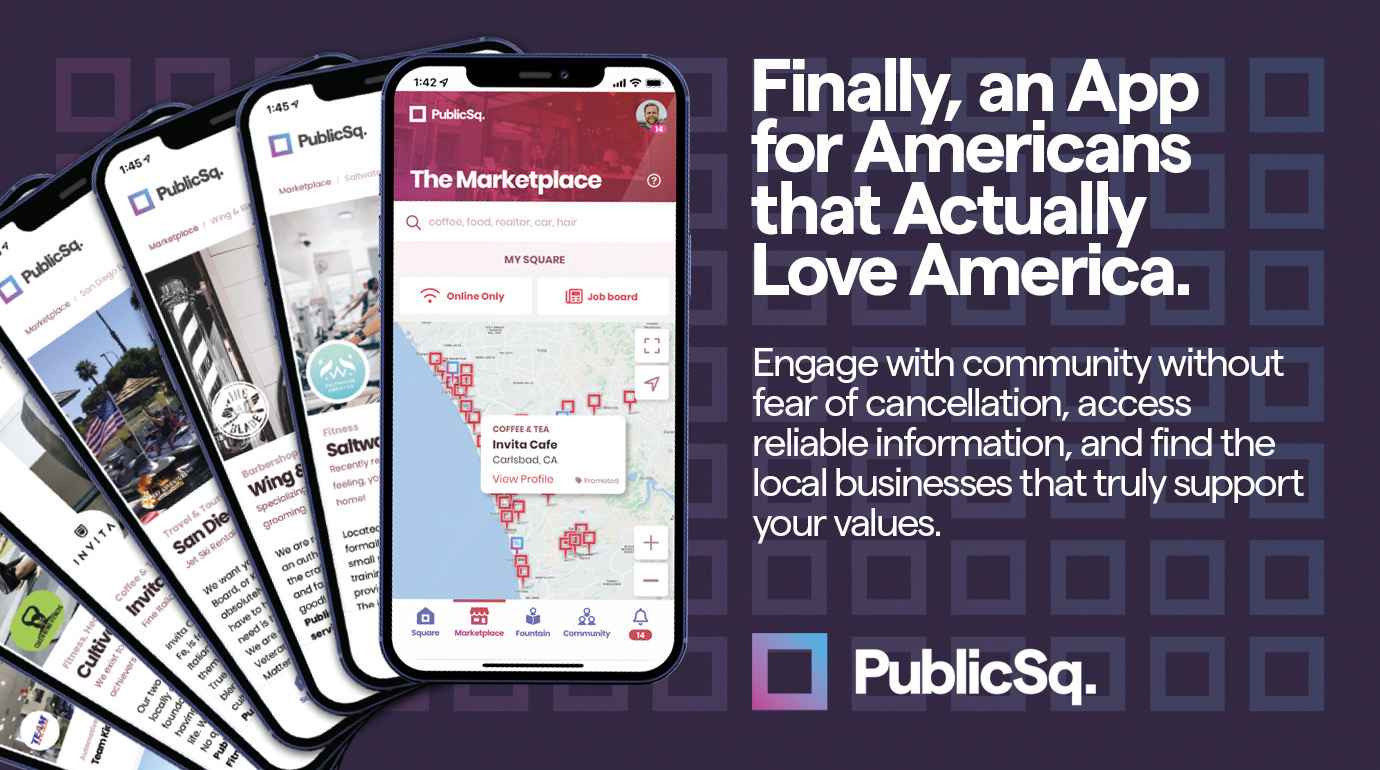