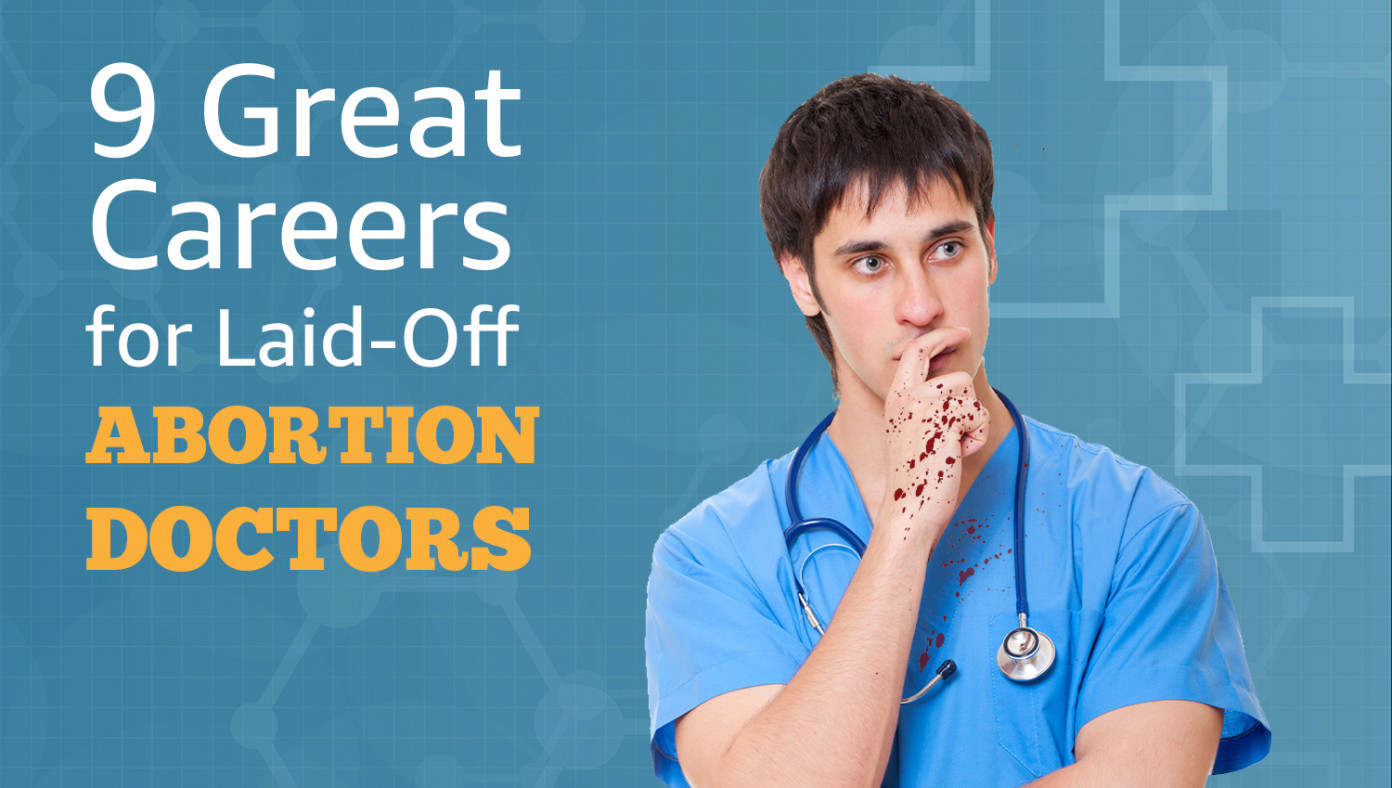 With Texas's abortion law stopping many abortions in the state, a lot of abortion doctors are going to be out of work. Luckily, this is still the United States of America, even though you can't kill your baby after six weeks in Texas anymore. Abortion doctors should consider one of these nine alternate career choices:

1. Axe murderer - Abortion doctors are well-prepared for this kind of thing. They won't even have to wash the blood off their hands to get started!

2. Learn to code - There are lots of free resources for learning to program software!

3. Become a hitman - Shave your head, get a suit, and start working for the mob.

4. Move to China where you can perform abortions with impunity - China will welcome you with open arms, as they kill babies just for being the wrong gender.

6. Build a candy shop in the woods and lure children in to eat them - It's the same moral principle, except you're killing fewer kids per day.

7. Collect the Infinity Stones and snap your fingers to wipe out all the babies - MUAHAHAHAHA!

9. Repent of your sins, trust in Christ for forgiveness, and do something productive with your life instead of killing babies. - Do it. Now.

Here's to a new career and second chances! Go get 'em tiger!

God Admits He Invented Farting Just 'Cause It's Hilarious