12 Red Flags That Will Prevent You From Buying A Firearm
Sponsored · Jun 20, 2022 · BabylonBee.com

In light of recent shootings, Congress is considering red flag laws they've secretly been wanting to pass for decades. This means that even though you have a right to bear arms guaranteed by the US Constitution, they can make exceptions based on a list of criteria they come up with - namely, red flags.

Here are twelve red flags that will prevent you from buying a firearm if congress has its way:

1) You are applying to purchase a firearm: Ew! You want to buy a gun? MAJOR red flag there.

3) You don't support the current thing in your Twitter bio: YOU BIGOT.

4) You're Joe Biden's bicycle: Attempts on the President's life will not be tolerated.

5) You're a Vietnam vet just passing through town until the local police push you too far: They drew first blood!

6) You once called in a chopper with your 7-kill streak on Call Of Duty: You monster.

7) You think RoboCop is the good guy: He shoots literally everyone.

8) You think Jan 6 was bad but not anywhere close to 9/11: Some real insurrectionist vibes here.

9) You still drive a vehicle that runs on gasoline: People who murder the planet always move on to murdering humans.

10) You didn't kneel and worship the pride flag when the trumpets played: It's the furnace for you, friend.

11) You know Pi to 11 places but you only know the first 4 letters of LGBTQIA2S...: You're clearly not compassionate enough to follow proper gun safety protocols.

Hate getting ripped off by high prices?

Having a hard time finding a legitimate company?

KIR Ammo is a family-owned and operated AMERICAN business located in Arlington, Texas.

We are a national ammunition distributor serving the 2A community.
We firmly believe in Constitutional Rights and helping people exercise theirs.

Our goal is to provide quality ammunition to the people who need it most: YOU, the freedom-loving AMERICAN.

Competitive prices, same-day shipping, and excellent customer service sets KIR Ammo apart from the other online retailers.
Unlike other places, we actually answer the phone (817) 818-8640

Get your freedom seeds at KIRAMMO.COM 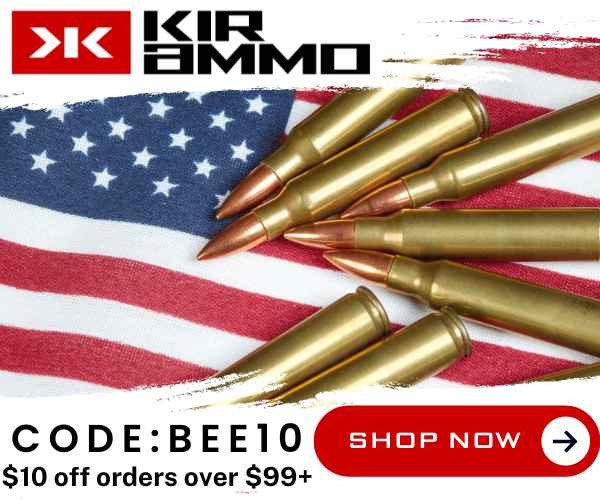 
Breaking: Every Dad Who Received '#1 Dad' Mug To Face Off In Giant Deathmatch