OTTAWA - Justin Trudeau has faced heavy criticism this week after allowing a strain of Freedom to spread through the Great White North. The Canadian Prime Minister addressed the nation on Tuesday to calm the fears of his adoring constituents, informing them he needed just two weeks to slow the spread of "world-annihilating freedom."

"We have survived COVID-19 thanks to my leadership," said Trudeau in a prepared statement. "Now, I'm calling on all Canadians to hang in there a little longer as we face this new threat of Canadians thinking they should be allowed to have liberty. I just need two weeks to slow the spread of the virulent freedom surging through our populace."

Trudeau then signed an executive order to forcibly lock everyone in their homes for two weeks. Everyone will be required to wear enough masks to completely muffle the sounds of their voices so that freedom can't spread from person to person.

Chants of "two weeks to slow the spread" rang out through the House of Commons and Trudeau was hoisted upon the shoulders of two elderly government officials as applause filled the chamber.

A survey conducted this morning reveals 78% of Canadians disapprove of Trudeau's messaging but figure he knows what he's doing. Unfortunately, sources on the ground say freedom is still spreading through unfettered "honks." 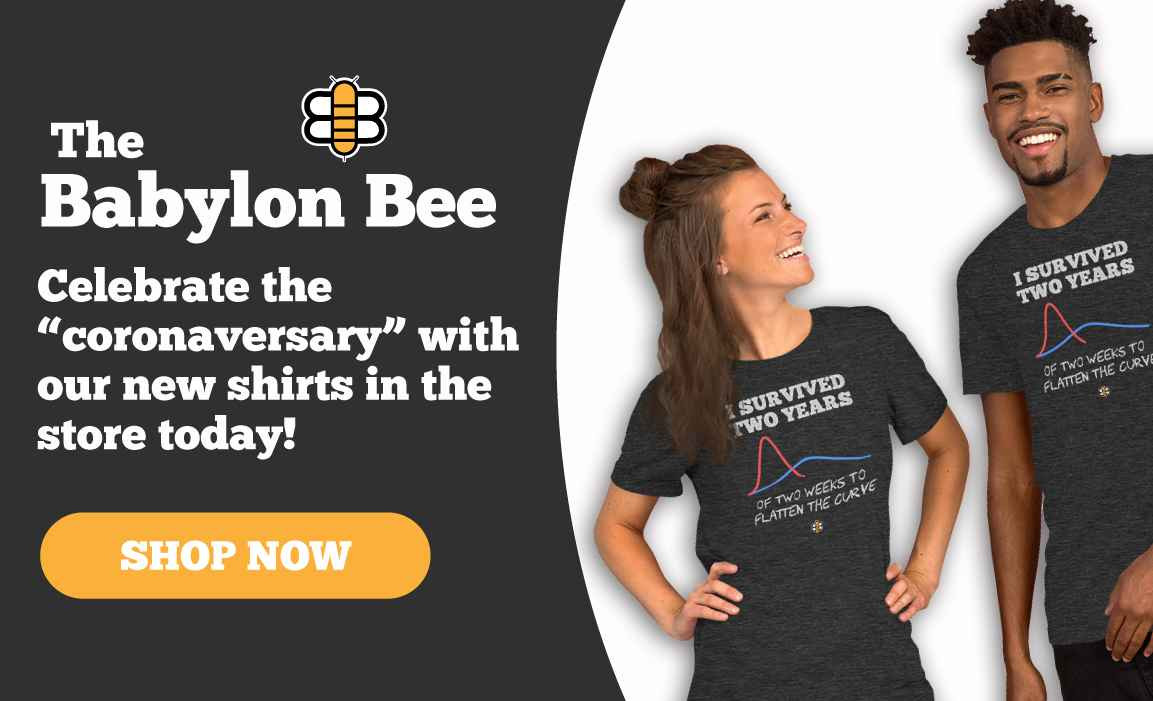 
Wife Decides To Recognize The Independence Of Husband's Fries


Iraq War Veteran Thanks Chick-fil-A Employee For Her Service