We hope you're hungry... for nothing! See, you're not supposed to eat meat anymore, because it's bad for the planet. Luckily, the World Economic Forum, Bill Gates, and a panel of expert lizard people all got together and came up with these 11 much greener substitutes for meat:

Well, it's lunchtime, so this list is over. We're heading over to the Bee office cafeteria now for an $8 cricket burger.

NOT SATIRE: "Imitation is the greatest form of flattery", said no one who has eaten a meat alternative… ever. That's why Good Ranchers isn't in the alternative meat business. We're in the business of sourcing the best meat & seafood in America and bringing it right to your door.

Now is the perfect time to change the way you buy meat. We're running a Black Friday sale you don't want to miss!

Use code BABYLONBEEF and subscribe today to lock in your price with our best deal of the year. There really are no alternatives to American meat because nothing else even compares. 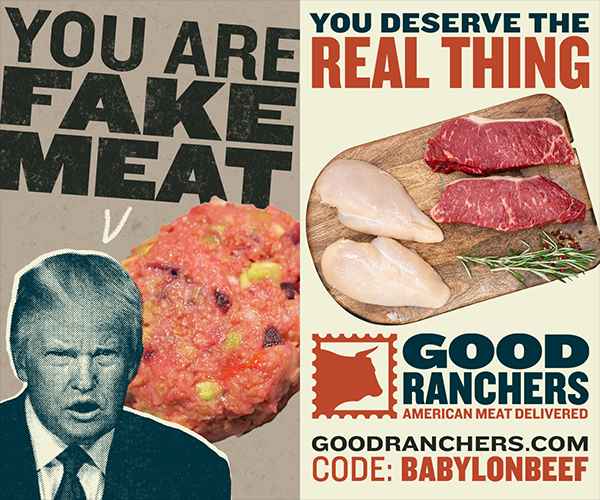