Every day throughout the country, there are teachers working hard to teach your child the most important virtue of all: social progress! As they lead your kids by their tiny hands toward a roiling black abyss of cultural and moral ruin, take a minute to check out these shocking books they will find in their school library. And don't freak out! This is just progress!

1) The Little Engine That Could Change His Gender: A progressive twist on an old classic! If you think you can, you can!

2) Hop on White People: It's only fair, as they have been hopping on everyone else for hundreds of years.

3) Heroes of the Soviet Union: From Lenin to Stalin, your child will learn everything about the lovable heroes at the center of Communism: the world's greatest ideology.

5) Gay Algebra: Like regular algebra, only gay. It's about time.

6) Gay Clifford: Are we just adding the word "gay" to everything now? I guess so.

7) The Satanic Hymnal: Your kids have grown up under the oppressive hegemonic power of Christianity. Isn't it time to expand their horizons?

8) The Joy of Cooking Only The Foods That Belong To Your Own Culture: Finally, a cookbook that steers your child away from the dark path of cultural appropriation!

9) How to Use Racial Animosity To Enflame A Class War And Topple The West: Wow. A little on the nose, but ok.

10) How to Disobey Your Dumb Racist Parents: Um... ok. It's just progress, right?

NOT SATIRE: Our children are our future. And if we rely on public schools and major publishers to educate the next generation of Americans, we will lose the values that make our nation the greatest country in the world.

Right now, every patriotic parent in America is asking the same question: how do I protect my child from woke, anti-American indoctrination? How do I teach our values when every aspect of our culture is dead set on undermining us?

For the next 24 hours Babylon Bee readers
can order the Heroes of Liberty launch Bundle for 10% OFF. Just use THEBEE for the promo code at checkout. 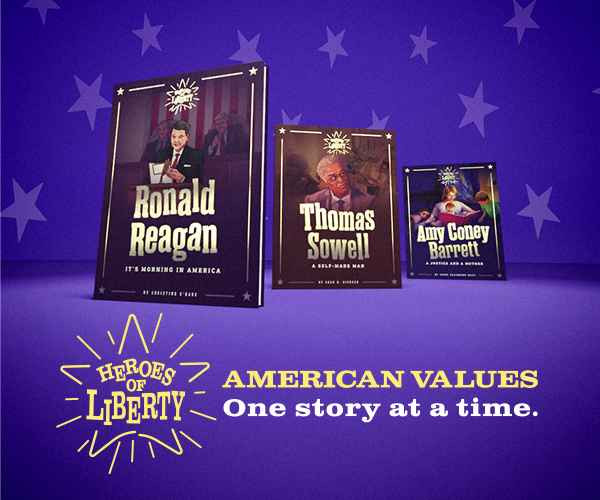 
Cats Vs. Dogs: The Babylon Bee Settles The Debate