U.S.—Trump tweeted out that "an apple a day keeps the doctor away" Monday, prompting social media sites to flag as "dangerous medical misinformation."

The controversial medical advice was pulled by Twitter, Facebook, and Google right away. The sites censored and pulled the post and alerted users that the information shared by Trump was not 100% accurate.

"This madman in the White House is clearly anti-science," said one CDC spokesperson. "His claim that apples keep doctors away is unproven at best and deadly pseudoscience at worst."

Donald Trump Jr. also shared the post and was immediately banned from all social media sites.

Snopes wrote in its fact-check that "it is not proven that an apple a day will actually keep the doctor away. What if your head falls off or something? You would then likely require medical attention, regardless of your current fruit consumption levels."

Meanwhile, Republicans rushed to the store to buy apples causing a shortage. They ate too many and got a tummy ache, demonstrating the danger of having such an anti-science president in the White House.

Politics
'There Is No Border Crisis,' Says Jim Acosta As Several Immigrants Fling Themselves Over Rio Grande Via Catapult 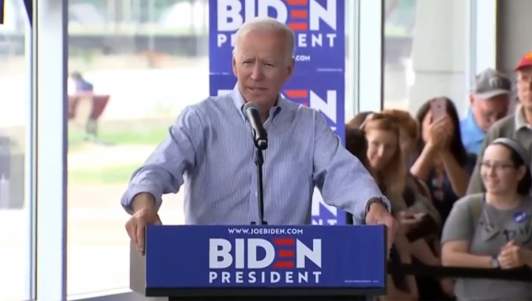