LOS ANGELES, CA - According to sources, Hollywood has accidentally released an uplifting, inspirational film. Sources reported that studio execs are in full damage control mode after a movie with incorrect messaging was inadvertently released to audiences nationwide.

"We are deeply sorry for this inexcusable mistake," said a representative for the guilty studio. "This accidentally-released film really clashes with our usual offering of nihilistic violence and gratuitous sex designed to make you lose all hope in humanity and shred the last vestiges of your faith in God to pieces. Starting today, we commit to being better."

Embarrassingly, the film in question features transcendent themes of love, sacrifice, and virtue in the face of evil. Audiences are hailing it as a film that reconnected them with the divine and gave them hope for a better tomorrow. Professional critics dismissed it as "not sufficiently gross and horrific."

The film will be available on streaming platforms but will have an "inspirational content warning" from the studio.

NOT SATIRE: THE LAST CHAMPION is an inspirational family sports drama that will have you believing in second chances. Beautifully photographed in the Pacific Northwest, it's a story about faith, loss, and redemption starring Cole Hauser (Yellowstone), Hallie Todd (Lizzie McGuire), Randall Batinkoff (X-Men: First Class), and Peter Onorati (This is Us). The film is directed, produced, and co-written by actor Glenn Withrow (The Outsiders). 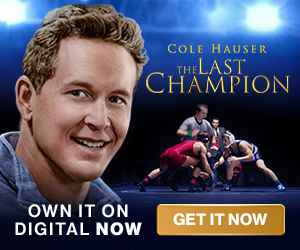