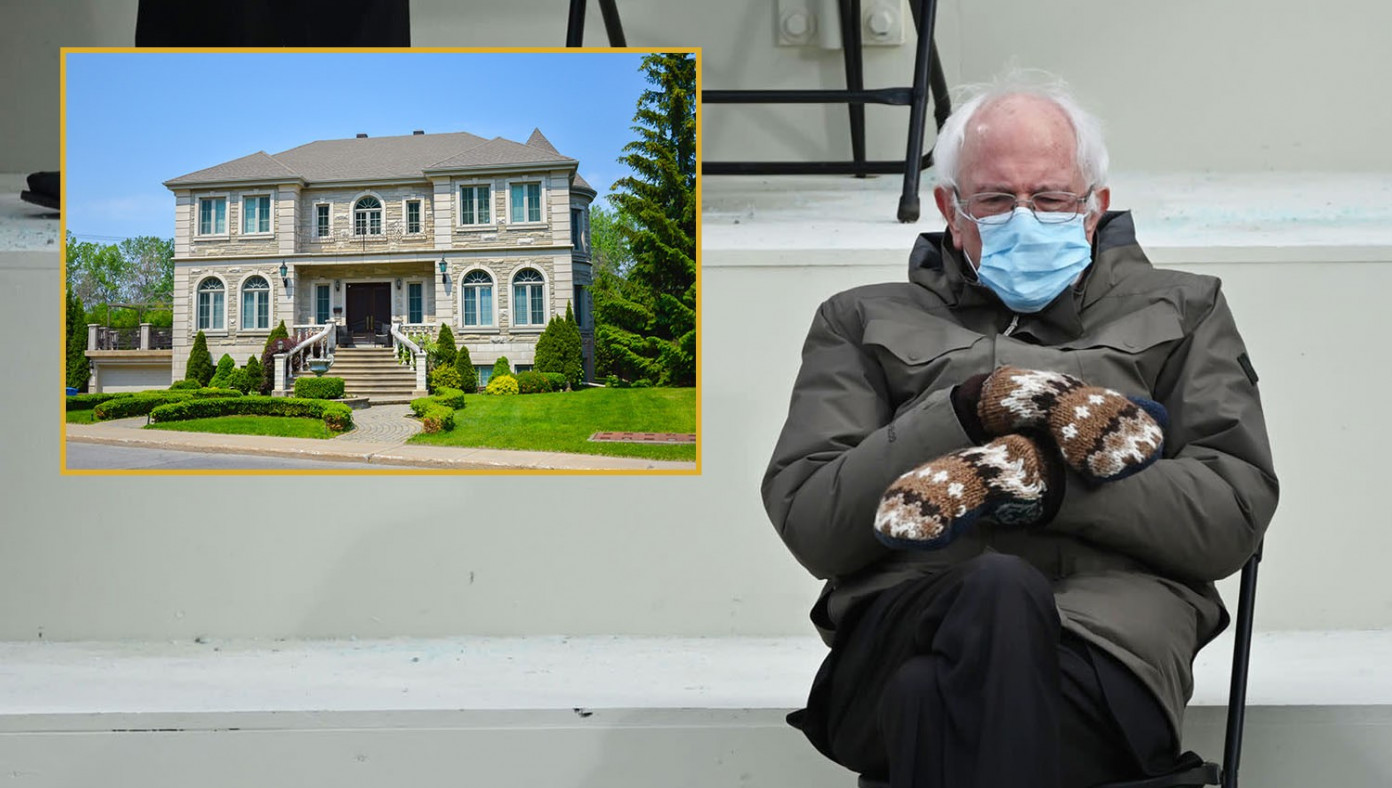 NORWICH, VT—The nation has fallen in love with the now-famous picture of Bernie Sanders sitting grumpily and wearing big mittens at Biden's inauguration. After being turned into a widely-shared meme, the Vermont Senator is enjoying a massive windfall of cash from his meme earnings. After giving some to charity, he will be buying a fourth house, according to sources.

"I did not realize," Bernie said in an interview, "that being a famous meme was so very lucrative. After giving some of my earnings to charity, I will use the remaining 32 billion dollars to purchase another modest home."

The new home in the wealthiest part of Norwich, Vermont will be used to host lavish parties and events where guests can talk about how to make America fairer for working people.

"I am very happy to have provided the American people with some lighthearted entertainment for a few days," said Bernie, while waving his hands around wildly. "I am already working on my next meme, which, I happen to believe, will be my best one yet."

Babylon Bee subscriber Merrick Robison contributed to this report. If you want to get involved with the staff writers at The Babylon Bee, check out our membership options here!

Biden: 'If You're Not Okay With Women Aborting Their Babies, Then You Ain't Catholic!'