Okay, we admit it. The economy is tanking. Stocks are taking a huge dive and inflation is high. It's almost like a perfect storm that will lead us into an obvious recession... but Biden says that won't happen so we're not worried about it.

Still, it hurts to have your 401K wiped out in one fell swoop. Here are some tips to distract yourself while you wait for it to rebound:

2) Turn on MSNBC so they can reassure you the economy is okay: Trust the experts.

3) Work hard to earn wealth, improve your home, and make friends in Animal Crossing: Do NOT invest in turnips.

4) Remember, 401K investment is the "long game", so close your eyes and picture yourself retiring in a trailer park at age 97: Those Caribbean beaches are just 59 short years away.

5) Stage a high-stakes heist where you rob three Vegas casinos in one night: It's so easy even George Clooney can do it!

6) Flip the computer screen upside down and look at it in a mirror. Then it looks like your 401K is doing great!: You're king of the world! AHAHAHAHAHAHA!

7) Watch Time Cop: There's a great bit in the beginning about a time traveler who exploits the stock market before being sentenced to time death. Also, Van Damme does the splits! Gnarly!

8) Listen to "Rime of the Ancient Mariner" by Iron Maiden: It will distract you for a full 13 minutes and 28 seconds.

9) Invade Ukraine: Or protect Ukraine. It doesn't even matter.

10) Get your children medieval swords, set up a tournament, and bet on them: Tales of their heroism will spread to the four corners of the world!

11) Become a Jedi and renounce all material possessions: Don't you feel better already?

12) Gaze into the faces of your children and remind yourself how rich you actually are: Maybe things aren't so bad after all.

When all else fails, look to God. Remember Mary and Martha. Martha was so worried about her 401K and Mary had chosen to listen to Jesus. Be like Mary!

Joe Biden has a long history of screwing over Americans.

It started in 1983, when he voted to slap income taxes on 50% of Social Security income…

In 1994, he voted to up the amount of Social Security benefits subject to taxation, to 85%.

In 2000, he voted AGAINST the Estate Tax Elimination Act that would have phased out certain estate taxes by 2010...

⇒ And he's got his eyes on your nest egg.

So do yourself a favor. Click here. Protect yourself. 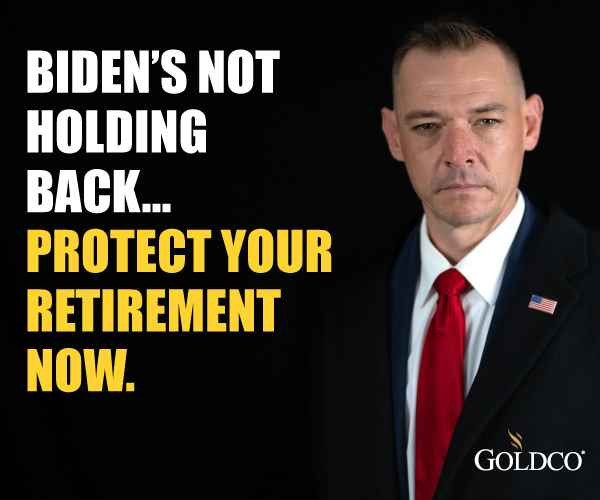 FBI agents Scoulder and Mully hold a press conference where they reveal the incriminating evidence found in Trump's safe. This raid was definitely justified.